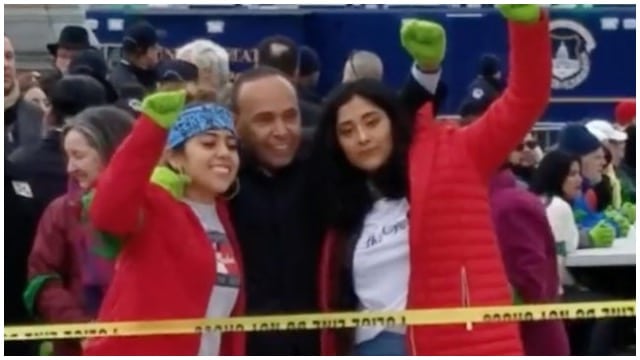 Illinois Democrat Congressman Luis Gutierrez will not seek re-election in 2018. He is, however, reportedly considering a run for president in 2020. Now, Gutierrez has been arrested for the second time this year alone!

Democratic Rep. Luis Gutierrez of Illinois was one of the 200 protesters arrested on the steps of the United States Capitol Wednesday afternoon.

The sitting member of Congress joined members of the Service Employee’s International Union (SEIU) as they stormed the steps of Congress to demanded action on DACA. Both chambers currently are considering a bipartisan measure to replace the order that allowed temporary protected status to illegal residents nationwide.