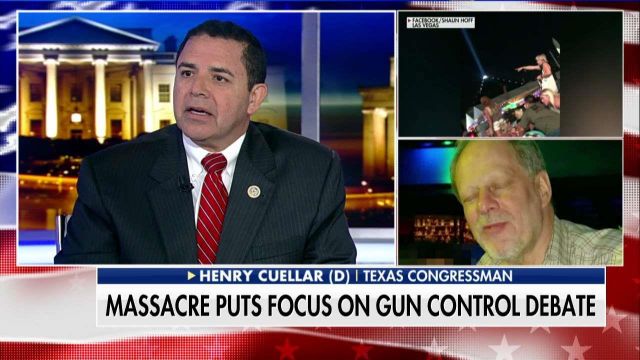 “I think there are some people who believe in gun control,” the Texas congressman told Carlson. “I don’t believe in gun control. I think you can have responsible people do the right thing with a gun but unfortunately sometimes you get a situation like this that it’s hard to explain but just taking guns away from everybody is not going to solve the issue.”

Carlson then wanted to know why people keep making that argument.

“Can you think of a single place in the United States that has become safe because of gun control?” he asked Cuellar.

“No,” the congressman quickly answered.

“Right,” Carlson said. “I don’t think anyone else can think of when either so why do people keep proposing it?”

Carlson also discussed how there were hardly any mass shootings when the congressman was growing up.

“There were no mass shootings when you were a kid. There was one, University of Texas, Chuck Whitman, 1962, who had a brain tumor. But they weren’t a feature of American life. What’s changed? What’s going on actually?” he asked.

“I don’t know,” Cuellar answered. “But again you gotta look at every individual case. And let’s see what the investigators find out, I mean there’s gotta be something, let’s see what happened in this particular case.”

“I just hope we in the press aren’t adding to it. We don’t want to be part of the problem,” Carlson replied.