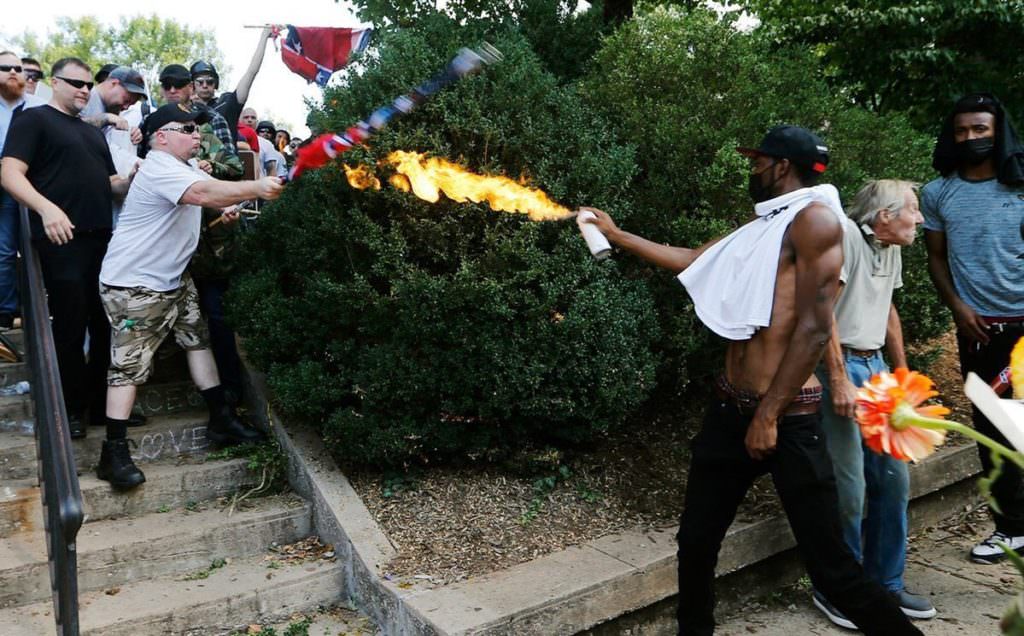 Democrat lawmaker to introduce Article of Impeachment against President Donald Trump over his attacks on Alt-Left thugs.

But, unlike the #FakeNews media, President Trump also condemned the Alt-Left thugs who brought pipes, bricks, sticks and flame-throwers to beat bloody their opponents.

Democrats will not allow honest commentary in this country!

On Thursday Democrat Steve Cohen announced he will file articles of impeachment against Donald Trump for attacking alt-left thugs.

Rep. Steve Cohen (D), a Tennessee liberal, announced Thursday that he will introduce articles of impeachment against President Trump based on his defense of the white supremacists who participated in a deadly rally in Charlottesville, Va., over the weekend.

“Instead of unequivocally condemning hateful actions by neo-Nazis, white nationalists and Klansmen following a national tragedy, the President said ‘there were very fine people on both sides.’ There are no good Nazis. There are no good Klansmen,” Cohen said in a statement.

“President Trump has failed the presidential test of moral leadership.”

After comments on #Charlottesville , I'll be introducing Articles of #Impeachment against #Trump. No good Nazis or Klansmen! #ImpeachTrump pic.twitter.com/x6pWL35evL