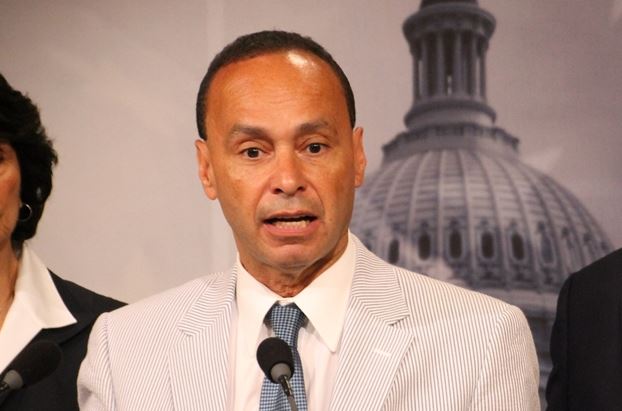 Gutierrez’s wife has collected another $30,000 in payments this election cycle.

Democratic Rep. Luis Gutierrez (Ill.) has disbursed tens of thousands of dollars in campaign funds to his wife this year, bringing her total compensation to more than $400,000 since she first appeared on his campaign’s payroll.

Gutierrez, who was first elected to Congress in 1992, recently grabbed headlines for saying that Democrats would “eliminate” Trump as president if they take back the House of Representatives. It appears the one thing Gutierrez won’t eliminate anytime soon is the lucrative campaign payments to his wife.

Rep. Gutierrez’s wife, Soraida Gutierrez, was a registered lobbyist in the state of Illinois from 2003 to 2009 before joining Gutierrez for Congress in 2010. Since this time, Soraida has been generously compensated for acting as the campaign’s office manager, treasurer, and fundraiser. Soraida has also been the top recipient of cash from the committee on numerous occasions since she began receiving payments from her husband’s campaign.

From Jan. 1 to June 30, Gutierrez’s campaign has made $30,000 worth of payments to Soraida, Federal Election Commission filings show. During this time, Gutierrez’s committee reported $72,000 in expenditures.

Prior to this election cycle, Soraida took in a total of $385,000 in payments from her husband’s campaign, meaning that she has now been paid $415,000 from Gutierrez for Congress.

Rep. Gutierrez has also paid his daughters from his campaign in the past.

Gutierrez paid his daughter Omaira Gutierrez $4,270 for bookkeeping between 2004 and 2009. Jessica Gutierrez, another daughter, was paid $600 in 2004 for a fundraising project.

Members of Congress have been allowed to place family on their campaign’s payrolls since 2001 when then-Rep. Jesse Jackson (D., Ill.) asked the Federal Election Commission to issue an advisory opinion on the matter.

After the committee had approved the practice, Jackson went on to pay a firm owned by his wife hundreds of thousands of dollars from his own committee.

Jackson and his wife pleaded guilty in 2013 to using $750,000 in campaign funds for personal use.

Gutierrez’s office did not return a request for comment on the payments.

This entry was posted in Politics and tagged Illinois. Bookmark the permalink.