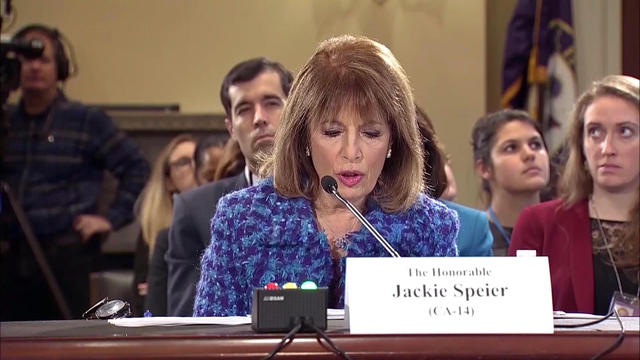 Democratic California Rep. Jackie Speier slammed the verdict in the Kate Steinle murder trial and said the illegal immigrant in the case “shouldn’t be here.”

“I was deeply disappointed in the verdict, but I do respect the jury system. They probably had a difficult time establishing intent,” Speier said. “The fact that the Justice Department is now looking at whether it has options is worthy of our consideration.”

Kate Steinle was killed in San Francisco on July 1, 2015 after Jose Ines Garcia Zarate fired a gunshot that hit Steinle in the back. Zarate was acquitted of murder, involuntary manslaughter, and assault with a deadly weapon.

Zarate was a felon who had already been deported from the United States five times. Federal authorities sought to deport him a sixth time after he was arrested on a drug charge, but the San Francisco County Jail released him on April 15, 2015. San Francisco has a “sanctuary city” policy that limits their cooperation with federal immigration authorities.

“We are a compassionate country, but if someone continues to commit crimes in this country, they don’t have a right to stay in this country,” Speier explained, “and this gentleman was convicted five times of manufacturing drugs and possession of drugs, in addition to having come back into the country four or five times.”

“He shouldn’t be here,” she concluded.