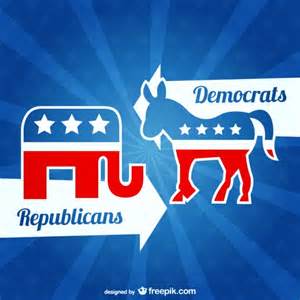 We’ve long called the GOP “The Stupid Party,” and it certainly deserves the nickname, but what’s the right family-friendly adjective for the Democrat Party? “The Moronic Party?” “The Mind-Bogglingly Nuts Party?” What moniker best reflects a party you dare not trust with power? These people are to governing as Kevin Spacey is to babysitting.

Just look at the Democrats’ governor’s race in the Commonwealth of Virginia – to the extent that it’s a race and not one of those weird pilgrimages where the marchers flog themselves every step of the way. Not that Democrats don’t deserve flogging – and it’s only a matter of time before that perversion comes out in the context of some high visibility Hillary supporter/pervert in Hollywood or the media – but what’s happening in Virginia is pretty pathetic even for them. Which makes it all the more delicious.

This Ralph Northam guy – “Hi, I’m Governor Ralph!” – ought to be winning by a mile, or for wussy metric system-loving Democrats, 1.6 kilometers. Virginia is a purple state, meaning it’s growing dumber and more parasitical, at least in the northern part next to Washington where it is infested with government parasites of both the Democrat and the “Oh well I never!” Republican Trumpaphobe varieties. Northam should be the perfect fake moderate candidate Dems like to run in such places. He has the kind of generic face a politician needs – you won’t notice him or remember him. He also makes sure he mentions he did a hitch in the Army, because a Democrat who doesn’t hold our military in contempt is unusual and that’s part of his fake moderate pose. Of course, the guy who let Bowe Bergdahl walk was also in the Army.

His opponent Ed Gillespie is a Republican of the sort who was initially baffled and scared by Trump and alarmed at the people Trump motivated – you know, normal people. But he’s adapted, and he’s suddenly found that despite what the likes of Jeb! think, normal voters oppose stuff like illegal alien gang members murdering American citizens. Gillespie slammed Northam over the youthful Dreamers of MS-13, and that’s when the fun began.

So, the “Latino Victory Fund” that was totally completely absolutely not in any way affiliated with Northam’s campaign started running this ad where some white cisgender guy in a pick-up with a “Don’t tread on me” plate and a Gillespie bumper sticker starts trying to run over little Latin and Muslim kids. We know the Muslim kid is Muslim because the “Latino Victory Fund” consulted the Big Book of Stereotypes and stuck a scarf around her head since all Muslims do that or something.

Basically, the point of this ad is that if you’re a white cisgender male who likes America, you want to run down little Latin and Muslim kids because that’s totally something that happens.

Oh wait, that never happens. In fact, what happens is guys like the one driving that truck go to foreign countries in uniform and protect Muslims, often from other Muslims. But facts are racist or something.

What also recently happened was an illegal alien ran over a Muslim girl in Virginia, which kind of messes up the whole narrative. And then the Muslim Schumer visa lottery immigrant – Refugees welcome! – in New York ran over a bunch of people in a pick-up truck, including five Argentines. So, current events made the ad a bit awkward.

Soon even the liberal media interrupted its regularly scheduled cheerleading for the Virginia Democrats by tepidly, and with lots of whataboutism (which is okay again, apparently), musing that, “Yeah, maybe this ad is not a great idea.” But make no mistake – the ad was right in line with mainstream Democrat thinking, to the extent “Democrat thinking” is even a thing.

Earlier in the week, a Democrat honchoette – uh oh, I assumed something’s gender! – sent out a memo saying straight cisgender white males need not apply for DNC jobs. Don’t worry though – discriminating on the basis of race isn’t racist because of all that privilege guys in pick-up trucks wield in our society. By the way, the DNC’s “No dogs or Irishmen or any other people whose ancestors came from Europe” memo was signed by one Madeline Leader, whose signature block helpfully and hilariously included “their” preferred pronouns: “They/them/theirs.”

Way to expand the Democrat base!

But at least Northam’s campaign had nothing to do with the creeps behind that ad. Phew. That was close because…oh, wait. Northam’s campaign totally had something to do with the “Latino Victory Fund.” Basically, Northam lied about Virginians, then lied about lying about Virginians, and then got caught lying. Is he being advised by a campaign manager who works out of a van down by the river, or is his campaign manager merely aspiring to someday have a van he can live in down by the river?

It gets better. When Northam tried to lie about opposing sanctuary cities – he said he does, though he totally doesn’t – some other bunch of leftists called him racist and cut ties with him. Don’t you just love blue-on-blue conflict?

The sanctuary city shuffle is going to be gold for the GOP in 2018. Pro Tip: If you are a Democrat south of the Mason-Dixon Line, it really never pays to get anywhere near issues involving the nullification of federal laws. That’s just not a good look for the Party of the Confederacy.

So, now the race has gone from a Northam lead to Gillespie tied or slightly ahead. And since conservative voters in Virginia often over-perform on election day, Gillespie might just take it. Richmond radio host Jeff Katz, who talks to normal Virginians every day, told me he agrees and says the Democrats are “desperate and scared.” If Gillespie pulls off an upset, the howls of liberal agony will reach a glorious crescendo. I just hope some enterprising cameraman – I mean “camera-them” – gets plenty of video of shattered Northam volunteers, teary-eyed and broken by the will of the normals. They will make a nice supplement to our YouTube memories of November 8, 2016 – whenever we’re sad, we’ll always have the humiliation of Felonia von Pantsuit to cheer us up.

So, what have we learned? Well, we’ve learned that maybe it’s a bad idea to accuse members of the group making up 70% of the population of being psychotic child murderers. But have Democrats learned that?

No. They don’t want to learn that. So they won’t.

But they should. Here’s a strategy idea. Just spit-balling, but maybe it’s better not to alienate the majority of voters in order to cater to…who? Who buys these magic beans? Gyno-hat wearing nitwits from Fairfax County who think that everyone outside the Beltway is a couple swigs of home-brewed corn liquor away from molesting unwary canoeists?

While President Trump remains popular among those he was always popular with, these folks might not have been super-primed to go out and pull the lever for Ed Gillespie in light of his ties to the establishment. But wow – way to energize them to go out and pull that lever to tell Northam and the rest of Team They/Them/Theirs to go Weinstein themselves.

In the liberal echo chamber, all this nutty stuff about genocidal normals and pick-your-own-pronouns probably plays. If Northam was running for governor of Berkeley, he’d be a shoe-in – or at least a Birkenstock-in. And he should have been a shoe-in in Virginia. All he had to do was keep up the scam that he was really a reasonable moderate who didn’t represent a party that had gone utterly insane.

But they just can’t help revealing who they really are. Democrats not only reject the idea of a big tent, but actively seek to shrink their party so it fits into a politically correct pup tent, and then, when the few sufficiently woke intersectional remaining members of the party are inside, they want to set the tent on fire.

The GOP should, and deserves to, get destroyed in 2018, but it won’t, if only because the alternative is so stark raving dumb. Congratulations, Democrats. You’re the Stupider and Crazier Party.