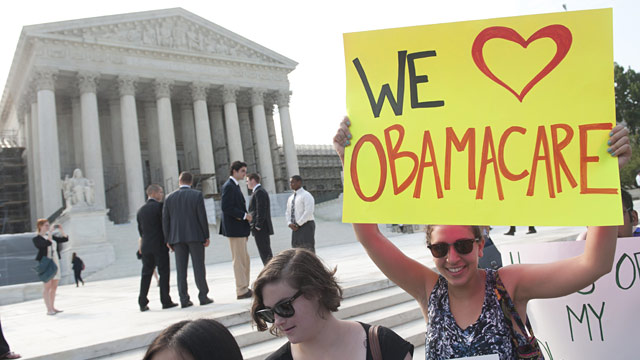 Die-hard Obamacare defenders are out in force to protest Republican repeal efforts.

The protesters are falsely claiming the repeal will gut Medicaid, causing frail, indigent seniors to be evicted from nursing homes. It’s sheer demagoguery.

But even these phony claims could have redeeming value if they get the public to take a closer look at nursing homes and see the filth, rampant infections, and neglect—conditions routinely tolerated by our indifferent public officials.

Indifference is the real culprit, not inadequate Medicaid money.

For example, New York state pays among the highest Medicaid rates in the nation—yet also tolerates some of the worst conditions. A shocking 40 percent of nursing homes in New York provide inferior care, according to federal ratings.

That’s worse than 39 other states.

Incontinent residents languish in soiled diapers that lead to sores and infections. Residents unable to eat and drink on their own develop severe dehydration. Others suffer falls and internal injuries because of medical errors or overmedication.

The deadliest problem is infection. A staggering 380,000 nursing home residents a year die from infections, according to federal estimates. Not all are preventable. But nursing homes are infection cauldrons.

The routine precautions taken in hospitals to limit infections—such as testing patients for superbugs on admission, disinfecting rooms and equipment, and keeping infected patients apart from others—are ignored in nursing homes.

Residents with staph infections are rolled into communal dining rooms and seated next to other residents. Superbugs contaminate bedrails, curtains, and rehab equipment.

Caregivers tasked with bathing and grooming residents go from one bed to the next, without using disposable gowns and gloves, spreading bacteria from resident to resident.

Because even rudimentary infection prevention is lacking, one-quarter of residents pick up dangerous, drug-resistant bacteria, according to new research by Columbia University School of Nursing. Columbia’s Carolyn Herzig warns infection rates are increasing across the board and action is urgently needed.

Medicaid recently adopted new standards calling for more infection precautions, but delayed the start date to November 2019. Why delay when hundreds of thousands of elderly residents will die from infection in the meantime?

Don’t count on the media to cover these deaths. The Washington Post is busy claiming repeal “takes a sledgehammer to Medicaid.” The New York Times reports that “steep cuts to Medicaid” will force some seniors out of their nursing homes.

Here’s the truth: There are no “cuts.” Medicaid spending will continue to increase every year, though at a slower rate.

The real threat to seniors isn’t Medicaid funding levels. It’s that Medicaid officials tolerate substandard nursing home care, when they could use the program’s market clout to demand safer care. About 66 percent of long-term residents are paid for by Medicaid.

The federal government rates nursing homes from one to five stars, based on periodic inspections, staffing levels, infection rates, and other quality measures.

But even nursing homes that get the lowest one-star rating year after year—indicating substandard care—are allowed to stay open. They should be shut down.

From Baton Rouge to Chicago, and in smaller towns across the country, protesters and Democratic politicians are fearmongering that seniors will die on the streets if repeal passes.

In truth, Cuomo’s one of the culprits. On his watch, low-rated nursing homes are getting Medicaid money. New York has begun rewarding top-rated homes with slightly higher payments—an idea worth duplicating in other states.

But Cuomo and other politicians need to do more to stand up to the powerful nursing home industry.

Frail, elderly nursing home residents shouldn’t be made to suffer. That’s the goal protesters and politicians should focus on. Enough with the partisan scare tactics.