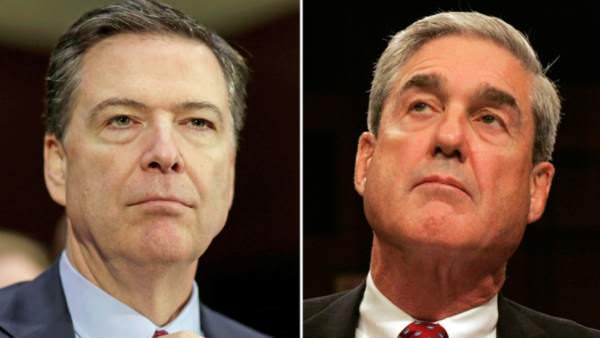 There are many reasons why the entire Trump – Russia investigation is a farce.  One major reason is the fact that Special Counsel Robert Mueller and Former FBI Director James Comey have a relationship that taints the investigation. The fact that they met secretly before Comey’s testimony to Congress in June is enough evidence to contaminate the entire investigation. At the very least Mueller should have recused himself months ago.

Back in May after crooked Comey was fired by President Trump, Comey was asked to appear in front of Congress.  Comey however, postponed his meeting with Congress because he wanted to meet with Special Counsel and best friend Robert Mueller before appearing in front of the Senate.