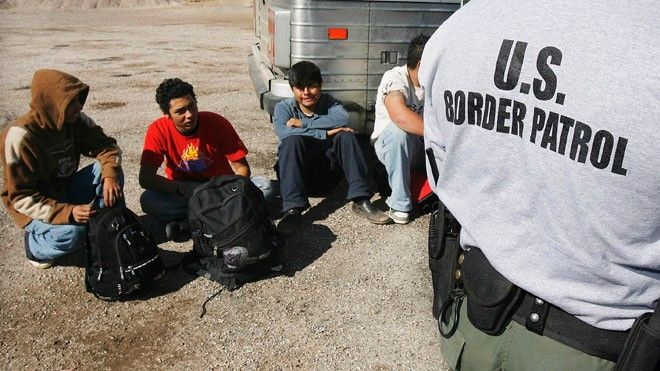 The Department of Justice issued a press release Wednesday claiming 2700 additional immigration cases have been resolved due to the administration’s “surge” of immigration judges to the southern border districts.

The release represents a progress report on efforts made under executive order 13767 to bring under control the nation’s massive immigration case backlog, estimated at well over half a million. Under the authority of that order, Attorney General Jeff Sessions ordered 25 immigration judges around the country to serve on details at detention centers along the southern border.

According to the release, the detailing resulted in 2700 more cases completed than estimates by Executive Office of Immigration Review (EOIR), the DOJ office that oversees immigration judges, if the judges had not been detailed. Judges “surged” also are reported to have performed their work at a pace 21 percent faster than expected for non-detailed immigration judges.

“EOIR is pleased with the results of the surge of immigration judges to detention facilities and the potential impact it has on the pending caseload nationwide,” Acting EOIR Director James McHenry, brought on board in May to replace a resigning Obama appointee, said. “The Justice Department will continue to identify ways in which it can further improve immigration judge productivity without compromising due process.”

The announcement came amid media reports that the surge had been a failure and actually slowed down the process of deportation by taking immigration judges away form their home districts. Politico Magazine published a lengthy feature last week on the topic, quoting sources like immigration judge Denise Salvin, a detailee ordered to the border, as suggesting her deployment there did more harm than good to the immigration adjudication process.

“Judges were reading the newspaper,” Slavin told Politico of her September stint at Otero County Processing Center in New Mexico, claiming one “spent a day helping them stock the supply room because she had nothing else to do.”

Salvin complained to Politico that the plan was an inefficient use of her time and interfered with her caseload at her home courtroom in Baltimore, Maryland. “I canceled about 100 cases in my home court to hear 20,” she said.

This claim was seemingly supported by DOJ memos obtained through a Freedom of Information Act request by the National Immigrant Justice Center, a George Soros-funded pro-illegal alien non-profit, suggesting 20,000 cases had been put on hold (“deferred”) in non-border districts in the first three months of the immigration judge surge alone.

The DOJ’s announcement sought to counter this claim, noting their 2700 case figure takes this into account and “means that completed cases by detailed immigration judges have outpaced expected home court deferrals, resulting in a positive net effect on the nationwide caseload. ”

Efforts to ratchet up EOIR adjudications continue, with an August report indicating year-over-year removal orders and voluntary departure agreements up over 30 percent since executive order 13767 came into force. DOJ is aiming to have 384 immigration judges trying cases, up from 300 before Trump took office. As of August 14, more than 50 newly sworn in immigration judges took this tally to 334.