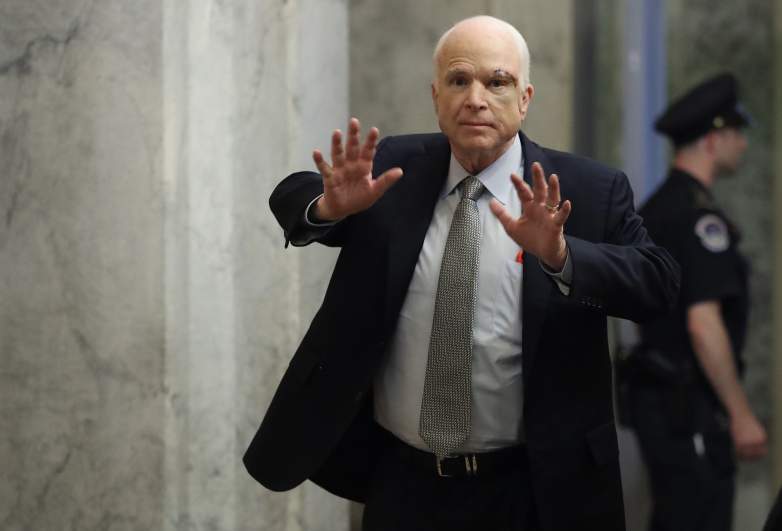 President Donald Trump signaled disappointment that the Senate failed to pass an Obamacare repeal, after hours of failed Republican attempts to keep their promise to the American people.

“3 Republicans and 48 Democrats let the American people down,” he wrote on Twitter. “As I said from the beginning, let ObamaCare implode, then deal. Watch!”

The final attempt to vote on a “skinny repeal” ultimately failed, after Sen. John McCain voted against McConnell’s last ditch effort to go after the unpopular bill. He was joined by Sens. Susan Collins of Maine and Lisa Murkowski of Alaska.

“It’s very hard to do the right thing,” McCain reportedly said prior to entering the chamber.

His votes prompted gasps from his Republican colleagues and applause from Senate Democrats.

“I’ve stated time and time again that one of the major failures of Obamacare was that it was rammed through Congress by Democrats on a strict party-line basis without a single Republican vote,” McCain explained afterwards in a statement. “We should not make the mistakes of the past.”