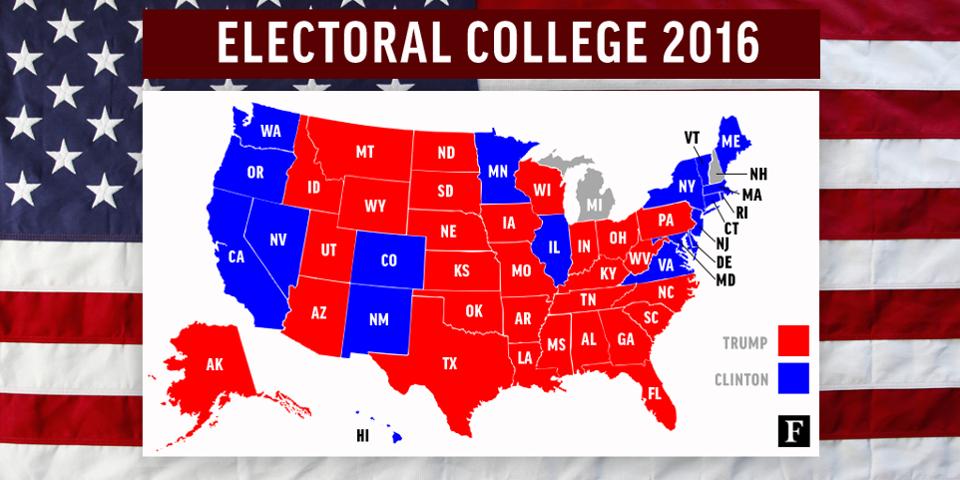 An analysis by left-wing Politico on Wednesday claims that the Electoral College is a threat to national security because the Founding Fathers never anticipated Facebook and fake news.

The article, titled “The Electoral College Is A National Security Threat,” begins by stating that Alexander Hamilton believed that the Electoral College could protect the United States from the influence of foreign powers but that he never could have foreseen 2016:

Hamilton and his colleagues never could have envisioned a year like 2016, when an enemy state—Russia—was able to manipulate America’s election process with stunning effectiveness. But it’s clear the national security rationale for the Electoral College is outdated and therefore it should be retired.

The notion that Russia altered the 2016 presidential election is so absurd that former President Barack Obama crushed the idea that Russia somehow tampered with votes during the election.

“We were frankly more concerned in the run up to the election to the possibilities of vote tampering, which we did not see evidence of,” Obama said in December 2016. “And we’re confident that we can guard against.”

Instead of explaining to readers why the Founding Fathers created the Electoral College, the article makes ridiculous claims against its importance by insinuating that it is racist:

…it has a dark history involving pro-slavery sentiments; that it often gives white, rural voters more voting power than minorities living in cities…

The article fails to state how the Electoral College actually protects against fraud and makes it harder for outside forces to steal the election.

Speaking in an educational video for Prager University, attorney Tara Ross explains how the Electoral College helps the integrity of elections:

But without the Electoral College, any vote stolen in any precinct in the country could affect the national outcome — even if that vote was easily stolen in the bluest California precinct or the reddest Texas one.