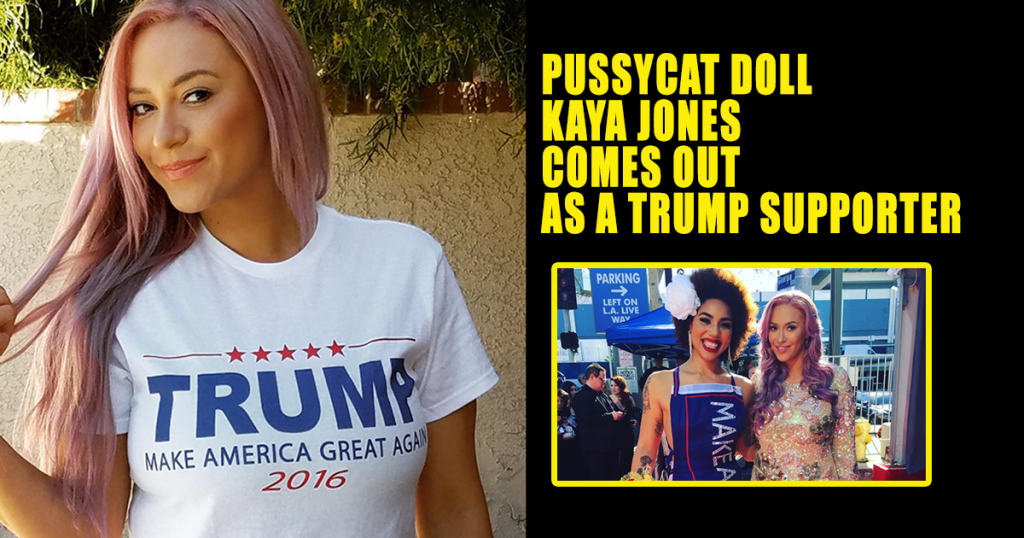 In a recent interview with MRC Culture, singer and ex-Pussycat Doll Kaya Jones slammed Hollywood’s promotion of abortion, which she said was evidence of just “how evil our world has become.” Jones also revealed stories of women victimized by industry elites, such as being pressured into an abortion at the threat of losing their job.

As noted by NewsBusters, Jones made waves in Hollywood and won over the hearts of conservatives when she voiced her support for the United States Military and the president. Last month, the singer even put out a song dedicated to the heroes in our military, titled, “What the Heart Don’t Know.”

In an August tweet, Jones came-out swinging against Hollywood elites:

“I know personally people that I have been in business with that have been affected by it and have been asked to do things that they don’t want to do,” Jones told MRC’s Katie Yoder.

“It more comes down to the fact of you being available constantly and you being this image of a false narrative,” she explained.

Hollywood has “a problem with … capital punishment,” she said. “They have a problem with the death penalty, but a baby, or a life that is so pure, doesn’t have any meaning?”

“That should say how evil our world has become,” stated the singer.

“[S]omeone who hurts other individuals, kills people or does something that’s completely wrong and just should be abolished in my mind, somehow holds more value than a very pure innocent life that was just a circumstance, and it wasn’t their choice of this circumstance?”

Jones also mentioned a friend she had in the industry who was told she had to have an abortion or she’d lose her job; the woman regretfully opted for the abortion. After she married the father of her first child and became pregnant again, she chose life and was “subsequently fired for having a baby,” said Jones.

“At the time, she was young,” explained the songstress. “She’s now married, has a beautiful child, and that child would’ve – and does – have a sibling. It’s just not here.”

The singer also spoke of a company she was partnered with for years who started funding Planned Parenthood with their proceeds. “And that for me just said, ‘Then I don’t want to be in business with you.’ Because that’s not okay,” she said.

For Americans “to pay for other people’s mistakes is not okay to do to a taxpayer first and foremost,” she said.

“It’s not okay to actually take a life out of an individual for whatever reason and then sell those body parts,” added Jones, speaking over the horrifying undercover videos from the Center for Medical Progress.