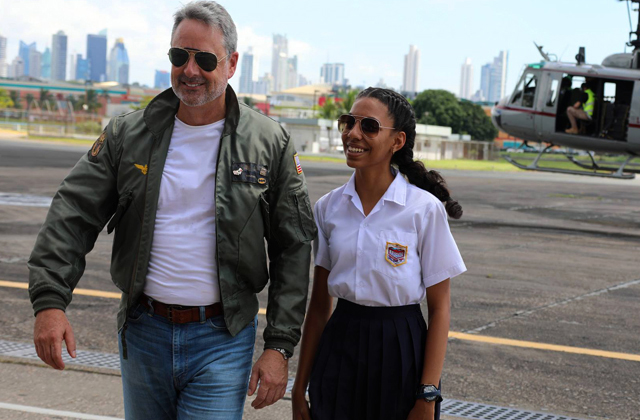 In a 2014 interview with The Washington Blade, a newspaper and website devoted to the gay community in the nation’s capital, former ambassador to Panama John D. Feeley aligned himself with President Barack Obama’s LGBT diplomacy–even when it meant feuding with local Catholic bishops. The Blade reported:

Feeley conceded progress on LGBT rights in Latin American countries has been “spotty,” in spite of a few exceptions. These include Mexico City extending marriage rights to same-sex couples in 2010 and Uruguay and Argentina enacting expansive transgender rights laws.

“We have seen in some places — Argentina, Uruguay — some very progressive, advanced thinking,” he said.

Feeley also applauded gay U.S. Ambassador to the Dominican Republic James “Wally” Brewster and his husband, Bob Satawake, in spite of lingering opposition over the appointment from Cardinal Nicolás de Jesús López Rodríguez of the Archdiocese of Santo Domingo and other religious leaders in the predominantly Roman Catholic country.

Feeley told the paper that the problem with some countries in the Southern Hemisphere is their obsession with machismo.

Despite progress the Obama administration and gay rights advocates were making in parts of the hemisphere, Feeley told the paper, is still: “absolutely retrograde, medieval behavior” in the region.

There were multiple media reports that Feeley resigned because of comments attributed to President Donald J. Trump during a private meeting with lawmakers at the White House Thursday, but Feeley, an Obama holdover had already made his decision to quit.

This is impossible. I reported yesterday that Feeley resigned before any reports of Trump's "shithole" comments surfaced. Feeley didn't like Trump, but he decided to leave long before #ShitHoleGate Notice the time stamp on my tweet: https://t.co/PeY29Wn2Hd pic.twitter.com/6eIU5hPBhC

new random nugget: The US ambassador to Panama John Feeley has resigned for personal reasons, according to a US official. pic.twitter.com/VyFZeoiMNG