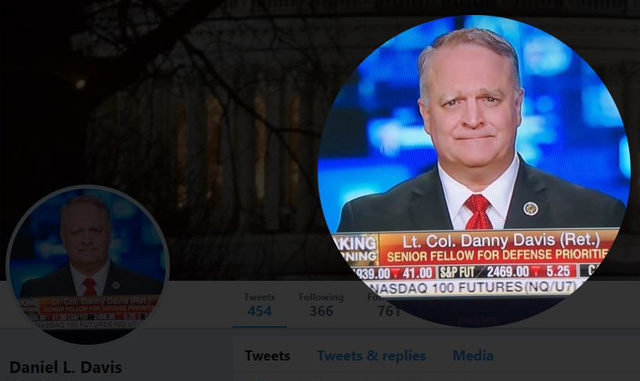 A leading national security expert told Big League Politics that the situation on the Korean Peninsula is fraught with hazards for the U.S. military that is committed to defending South Korea with military forces mismatched to the North Korean threat and high probability of provocative new nuclear weapons tests by the North.

The chances are pretty high that North Korea is going to conduct another missile test between now and the opening of the Winter Olympics scheduled to be held in PyeongChang, South Korea from Feb. 9 through Feb. 25, said retired Army Lt. Col. Daniel L. Davis, who served as served as a U.S. advisor to the Second Republic of Korea Army, while on active duty in the late 1990s.

What does WH do if this test happens and is successful? We’ve boxed ourselves into corner; Kim may call Trump’s bluff; war might b result. https://t.co/z8PfXeDW1I

“They have to do it,” said Davis, a defense fellow and military expert for Defense Priorities, a Washington-based think tank. “They have to conduct a certain about of tests to make sure that their missile force is reliable and they can count on it, so it is in an operational status.”

Davis said he did not want to put a number on it, but he was concerned that North Korea might also conduct another open-air nuclear weapons test before the games begin.

“There is a higher-than-we-would-like chance,” he said. “They might value–with the Olympics coming up–that we would not risk starting a war then, because all the world’s athletes will be there–they could conduct this test and say: ‘Hey look, we have proven we have the missile capability and the ability to attach a warhead to it, so if you do anything, United States, you can count on a nuclear strike against your territory somewhere.’”

Davis said the North Koreans would be angling for a negotiated resolution, but now there is a new complication, because President Donald J. Trump is unpredictable. “It could be that President Trump does something anyway.”

The risks from a nuclear provocation by North Korean are compounded by a U.S. military posture that is no longer ready for an invasion from the North into the Republic of Korea, he said.

“I don’t think it is even a shadow of what it used to be,” said the colonel. “Honestly, I think the main reason is sequestration and whatever it effects had–and the fact that we have completely reoriented our combat focus from what used to be the Cold War–and the North Korean scenario in Asia–to now, almost exclusively, counter-insurgency with just a little conventional packed in there.” Sequesters are the automatic budget cuts established first by the Budget Control Act of 2011 and adjusted in later legislation.