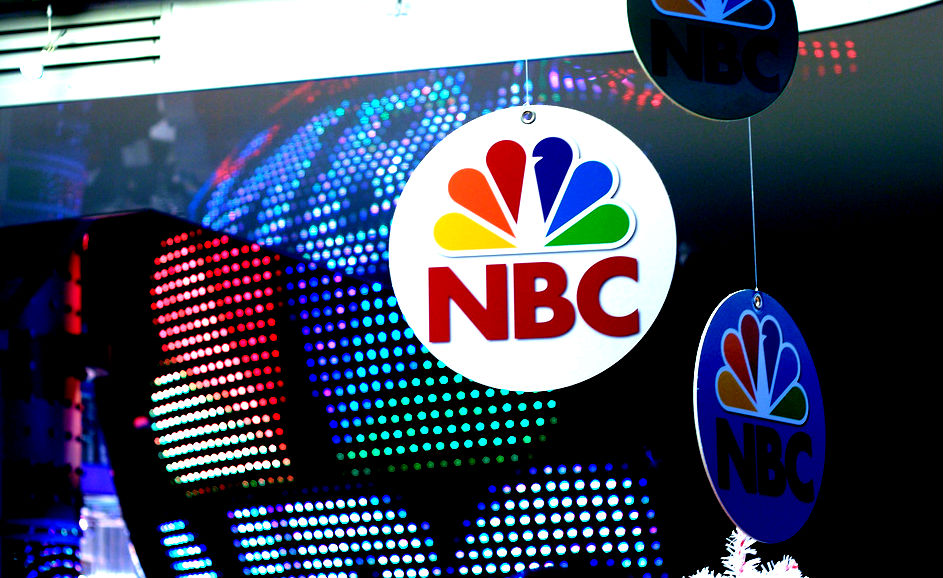 Now we know that advertisers and the public are being supplied fake ratings by the same broadcasters who so often deliver fake news.

A Thursday morning Wall Street Journal dispatch by Joe Flint reports that the broadcast networks routinely inflate their reported evening news audiences. They hide low-performing evening audiences by — get this — “forgetting how to spell.”

No wonder the networks are so obsessed with “hacking.” In the ratings game, what could be described as a form of it — modifying (the results generated by) “a computer program in a skillful or clever way” — has become a routine industry practice (bolds are mine):

They misspell shows to fool the firm’s automated system into ignoring broadcasts on nights with few viewers; “NBC Nitely News”

In a game largely sanctioned by TV-ratings firm Nielsen, television networks try to hide their shows’ poor performances on any given night by forgetting how to spell.

That explains the appearance of “NBC Nitely News,” which apparently aired on the Friday of Memorial Day weekend this year, when a lot of people were away from their TVs. The retitling of “NBC Nightly News” fooled Nielsen’s automated system, which listed “Nitely” as a separate show.

Hiding the May 26 program from Nielsen dramatically improved the show’s average viewership that week. Instead of falling further behind first-place rival “ABC World News Tonight,” NBC news narrowed the gap.

Walt Disney Co.’s ABC declined to comment. The network, though, groused last month when NBC News intentionally misspelled an entire week of “Nightly News” broadcasts. Altogether, NBC, which is ranked second behind ABC in ratings, has played the misspell card 14 times since the start of the 2016-17 television season last fall.

This sounds like a very ripe topic for people who think they are so much smarter than Trump and his supporters…and they can’t spell “Nightly”? Nielsen’s apparent acquiescence in this unethical practice even as it has grown is also troubling. Here’s why:

… Nielsen projects viewer ratings based on a panel of more than 40,000 homes and 100,000 people. Higher ratings help networks sell commercial time at higher rates. The network misspellings fudge that calculation, and some advertisers say the trick is getting overused.

“Networks never used to do this,” said Billie Gold, director of programming at ad giant Dentsu Inc. Now, she said, it has become the norm.

TV news executives say the higher numbers gathered from show misspellings are used only for publicity purposes, and that accurate ratings for the missing broadcasts are readily available to advertisers.
Thus, the broadcast networks are clearly abusing a tool Flint describes as having been “reserved primarily for Christmas and Thanksgiving or if a show was pre-empted in parts of the U.S. for a live sports event.”

It’s important to unpack the final excerpted paragraph, because what is happening can be boiled down to two old-fashioned words.

The nets are admitting that they exclude low-viewership shows to inflate their reported average nightly audience “for publicity purposes.” Apparently, they believe the public is too stupid to understand a disclosure that might, as an example, say that “this week’s average audience was affected by a low getaway day before Memorial Day weekend.” So they exclude the slow night or nights, and publicly pretend that their average audience reflects a full Monday-Friday week.

There’s an old-fashioned word for this: Lying.

They also say that ratings for artificially excluded low-viewership shows is “readily available to advertisers.” This is a clever way of saying that it’s not routinely provided unless it’s requested.

Perhaps the most savvy advertisers and the media-placement firms they use understand this ruse, and insist on seeing all “available” information before making their ad spending decisions. But those who aren’t aware of this scheme won’t even know to ask for the excluded information, and will base their ad spending on the inflated numbers.

There’s also an old-fashioned word for this: Stealing.

Until now, Nielsen, which Flint reports is finally going to try to do something to stop the abuse, has looked the other way as all of this has occurred, effectively serving as an accessory to the lying and stealing just described.