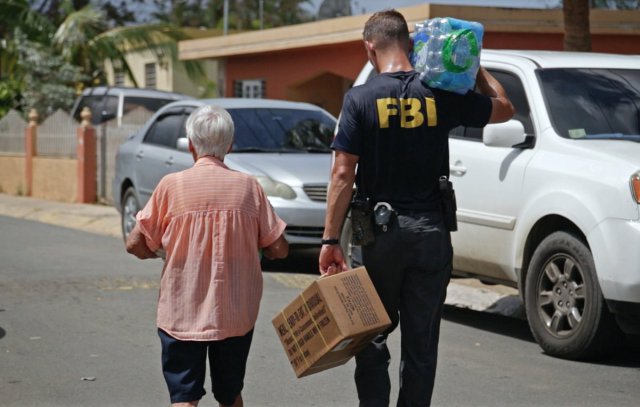 Residents say local officials are battling amongst themselves, and hurricane victims are caught in the middle.

The Federal Bureau of Investigation said Friday that they are reviewing allegations that local Puerto Rican officials are withholding much-needed hurricane relief as they squabble over who’s in charge over whom.

The FBI says Puerto Rican residents also call frequently with complaints that local officials are doling out recovery supplies to friends and campaign contributors first, often leaving those in need with nothing.

“People call us and tell us some misappropriation of some goods and supplies by supposedly politicians, not necessarily mayors, but people that work for the mayors in certain towns,” FBI Special Agent Carlos Osorio told The Daily Caller.

“They’re supposedly withholding these goods and these supplies and instead of handing them out to people who really need them, they say they are assigning them to their buddies first–people that have voted for them or people that contributed to their campaigns or what not.”

U.S. Federal prosecutor, Rosa Emilia Rodriguez, who is in charge of the region that includes Puerto Rico, says she’s also looking into the allegations – though both she and the FBI cautioned that they are only at the beginning of their respective investigations, and that nothing is yet concrete.

Rodriguez did say, however, that any official caught doling out supplies in a way that does not comply with official orders will be prosecuted.

The FBI is clearly taking these revelations seriously – and if true, the claims could go a long way in explaining the disconnect between American relief efforts and the continued suffering of Puerto Rican hurricane victims. Despite thousands of pound of food, clean water, and medicine delivered to the island, and ten thousand Federal employees involved in relief efforts, the situation on the ground seems shockingly slow to resolve.