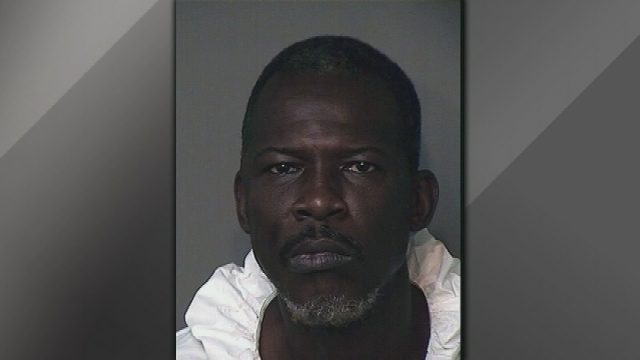 Glenn Miller aka Malik Mohammad Ali killed two cops in Florida. The media labeled him a ‘former marine’ and completely left out the fact that he is a Muslim convert.

Here are a few headlines from the fake news media:

As police continued to probe the deaths of two of their own, the man accused in the shooting, Everett Glenn Miller, faced a judge Sunday afternoon for the first time since his arrest Friday night.

Miller, 45, wearing an orange and white jail jumpsuit, was escorted into the courtroom for his first appearance by a pair of corrections officials.

Investigators are trying to determine what led to the shooting, but O’Dell said a “scuffle” may have broken out.

As deputies approached Miller, the 21-year Marine Corps veteran reached for his waistband, O’Dell said. He was tackled by a deputy and taken into custody.

Miller, who previously had no criminal record in Florida, was taken to the Osceola County Jail Saturday in Baxter’s handcuffs.

The Osceola County Sheriff’s Office recently took him into custody under Florida’s Baker Act, which allows temporary involuntary commitment of mentally ill people thought to be dangerous to themselves or others. No details have been released.

Not a single mention of Miller’s Facebook page showing he changed his name to ‘Malik Mohammad Ali’ prior to the shooting. Instead, the media keeps pushing the ‘former marine with PTSD’ narrative.

The media and the left have an unholy alliance with Islam. They constantly cover up the truth. We saw this with the Orlando night club shooter. He killed approximately 50 people in a gay night club in the name of Islam and the media blamed Republican Christians.