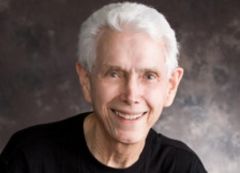 A man who lived for eight years as a transgender female says President Donald Trump did the right thing for the U.S. military, as well as for all Americans, by banning transgenders from serving in the military.

Walt Heyer, who has transitioned back to his birth gender, writes in a commentary that his personal experience leads him to support Trump’s announcement:

“I think he made the right decision—and as someone who lived as trans-female for several years, I should know.”

Heyer says allowing transgenders to serve is “devastating…to the fitness, readiness, and moral of our combat read troops.”

“The military is a Fighting Force, Not a Gender Clinic,” Heyer says, adding that concept of taxpayer-funded transition surgery for service members defies logic:

“Paying for transition-related surgeries for military service members and their families is beyond comprehensible.”

Finally, Heyer warns that Trump’s ban protects Americans from the activists’ next demands – that all of government and private enterprise be forced to fun sex-change surgery:

“If the military had been forced to pay, the advocates would have used this as leverage to press every other entity—both government and commercial—to pay for sex change surgeries as well.”

Heyer’s website, SexChangeRegret.org, “offers encouragement and hope for others who want to detransition back to their innate birth gender.”