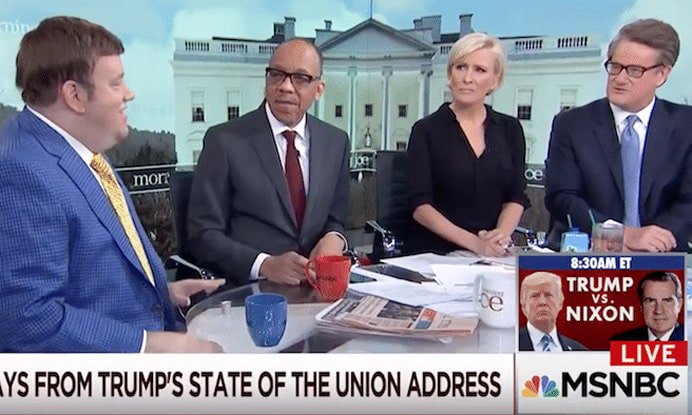 Frank Luntz has been less than a cheerleader for President Trump. And at times you could say he was stacking the deck against the populist wave for him. But now things have changed. After the SOTU, Frank Luntz feels very differently about Trump. And he’s making an apology to him, in public:

Tonight, I owe Donald Trump an apology. Tonight, I was moved and inspired. Tonight, I have hope and faith in America again.

It may go away tomorrow…
But tonight, America is great again. #SOTU

The Washington Times has this amazing revelation:

Pollster Frank Luntz isn’t exactly known around political town as a fawning admirer of President Donald Trump. In fact, the two engaged in a somewhat nasty public spat in 2015, with the latter accusing the former of using his polling position to “shake him down” and derail his presidential aspirations.