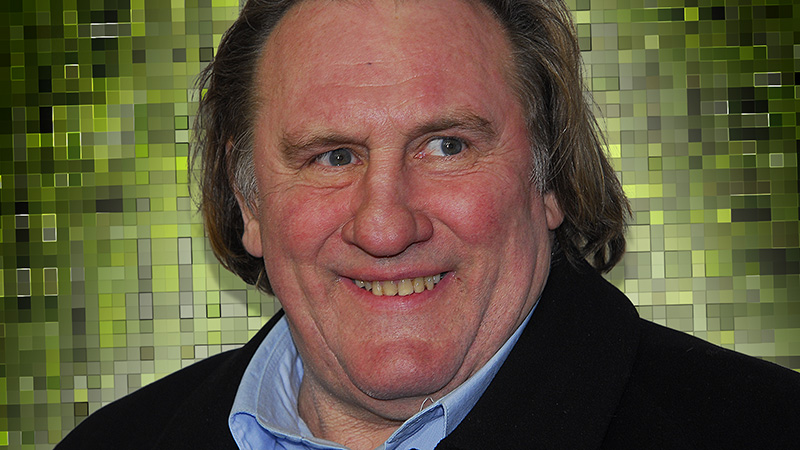 “France’s most famous film star” Gerard Depardieu sat down with The Daily Beast’s Lloyd Grove, and while he delivered the kind of Trump-bashing liberal outlets adore, the actor also dished up some extra insanity to go with it — including a conspiracy theory that the Pentagon was responsible for the AIDS epidemic. According to Grove, “Depardieu was musing on whether the AIDS epidemic of the 1980’s might have been the result of U.S. government research into biological weaponry, including monkeys.”

When Grove asked Depardieu, “So, AIDS was developed by the Pentagon?”, the actor responded, “Maybe we will know with your president, because he speaks a lot.”

This rather discredited his criticism of Trump, who is like “Kim Jong-un Two.” Depardieu compared both Kim-Jong Un and Trump to Hitler, who apparently was a “cartoon we don’t believe.”

But it gets better, because while Depardieu can’t stand Trump, he is best friends, allegedly, with Vladimir Putin. “I see Putin regularly, and most of the time we talk about geopolitics,” he wrote in his memoir, which is addressed in the Daily Beast article. (Wonder if he got the Pentagon-monkeys-AIDS scoop from Vlad?)

The other theories he told Grove, who was astounded by some of them, were “certifiable.” Depardieu made a statement that the Nazis actually made medical progress thanks to the Holocaust.

Depardieu apparently is happy there are wars as well. “We’ve never had peace for one single day in the world, but maybe that’s better because there are too many people on Earth. The population is too high,” he shared.

A reminder that the Academy accepts this actor as legitimate, even nominating him for his role as best actor in Cyrano de Bergerac in 1991, is timely.