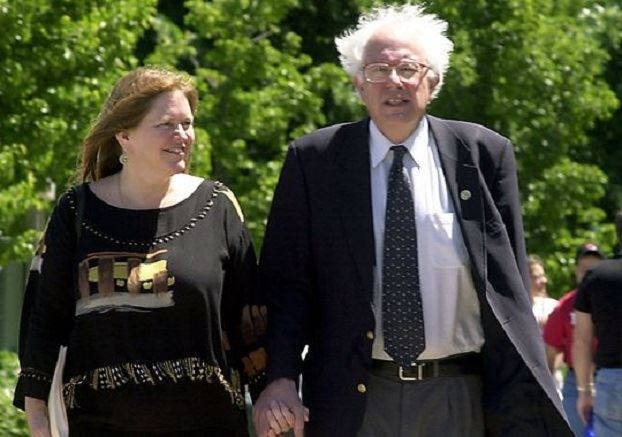 It’s the FBI criminal investigation that has been largely ignored for months, but not anymore. At the end of June, POLITICO published a story detailing the Bureau’s investigation into former Democrat presidential candidate Bernie Sanders and his wife, Jane Sanders. The potential charge? Bank fraud.

On January 10, 2016, in the midst of Sanders’ sudden stardom—just weeks before the votes in Iowa and New Hampshire—the U.S. attorney for Vermont was sent a “Request for an Investigation into Apparent Federal Bank Fraud.”

Backed by six exhibits and a dozen documents, the four-page letter described how Jane Sanders had “orchestrated” the purchase of 33 acres along Lake Champlain in Burlington, Vermont’s largest city, where her husband had minted his populist political brand as mayor. The deal closed in 2010, when the senator’s wife was president of Burlington College, a tiny, obscure, nontraditional school that always seemed to be struggling for students and funds. The letter alleged that to secure a $10 million loan and execute her grand plan to expand the college, Jane Sanders had falsified and inflated nearly $2 million that she’d claimed donors had pledged to repay the loans.

Sanders had “successfully and intentionally engaged in a fraudulent scheme to actively conceal and misrepresent material facts from a federal financial institution,” the letter alleged. It pressed for a federal investigation into potential bank fraud.

Federal agents have already gone through accounting documents, harddrives and other information belonging to Jane Sanders. Now they’ve hauled off even more potential evidence, which will be analyzed by prosecutors ato back their case. A grand jury has also been convened. From the Washington Post:

A federal investigation into a land deal led by Jane Sanders, the wife and political adviser of Sen. Bernie Sanders, has accelerated in recent months — with prosecutors hauling off more than a dozen boxes of records from the Vermont college she once ran and calling a state official to testify before a grand jury, according to interviews and documents.

A half-dozen people said in interviews in recent days that they had been contacted by the FBI or federal prosecutors, and former college trustees told The Washington Post that lawyers representing Jane Sanders had interviewed them to learn what potential witnesses might tell the government.

When asked about the investigation by CNN’s Erin Burnett, Bernie Sanders defended is wife, wouldn’t comment on whether she is under FBI investigation and said she is the “most honest person he knows.”