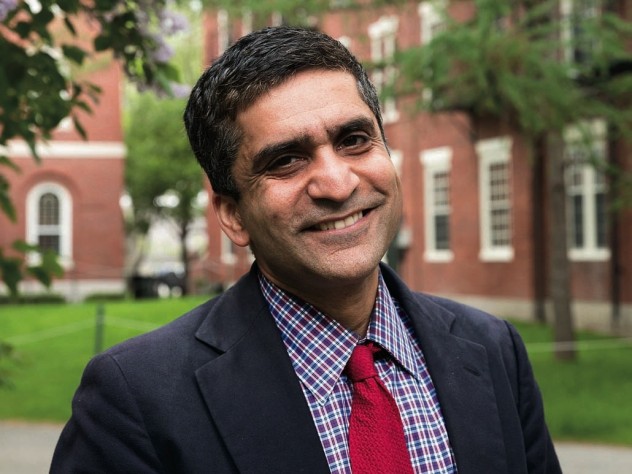 For the second time in less than two years, Harvard College Dean Rakesh Khurana is expanding paternalistic restrictions and sanctions on the student body based on whom they choose to be friends with.

In an email to the student body on July 12, the dean reported that the “USGSO Committee”—which handles policy on “unrecognized single-gender social organizations,” and which the dean co-chairs—released preliminary recommendations to be reviewed by the faculty and then approved by Harvard University’s president, Drew Faust.

These recommendations outline a new policy that exceeds the bounds of a prior, already overreaching policy, which will remain in place unless Faust approves the new policy.

The first policy, begun in 2016, targeted all-male and all-female organizations, including fraternities, sororities, and final clubs, all of which are off-campus, self-funded, and unrecognized by the university.

It stated that starting with the class of 2021 (this fall’s freshmen), members of those organizations will be barred from receiving prestigious scholarships (like the Rhodes Scholarship), athletic team captaincies, and leadership positions in recognized student organizations.

Claiming that its initial goal of ending gender segregation and discrimination was “too narrow,” the committee’s new policy extends its sanctions to any “private, exclusionary social organizations that are exclusively or predominantly made up of Harvard students, whether they have any local or national affiliation,” single-gender or otherwise, so that the clubs that attempted to adhere to the first policy cannot escape sanction.

Perhaps even more distressingly, it recommends that students who choose to join these clubs will face suspension and expulsion from the college.

The faculty committee is seeking to model this policy on those adopted by Williams College and Bowdoin College, including a policy that requires students to pledge that they will abide by the school’s “Social Code,” a code that prohibits joining, pledging, rushing, or even attending events sponsored by the prohibited groups.

Faust, who will be stepping down at the end of this academic year, seemingly has nothing to lose.

The groupthink mentality of the importance of “diversity and inclusion” is apparent throughout the committee’s report. As it continually emphasizes the importance of making all Harvard students feel “included,” it then asserts, in bold letters: “It is important to note that no one has suggested doing nothing.”

This is simply untrue. Numerous students have suggested allowing students to retain their rights to freedom of association, and professors like Harry Lewis have publicly condemned the administration’s intervention in students’ private lives.

In addition, a student referendum on the policy, referenced in the committee’s report, showed that nearly double as many students voted to repeal the sanctions as voted in support.

Further, the definition it gives for the outside groups affected by this policy is far too broad.

While it lists several clubs that the policy is intended to apply to today, it also applies the policy broadly to any similar organizations that are made up primarily of Harvard students, and which are private, exclusionary, and social in nature.

The logic of this policy could be more far-reaching than even the administration realizes.

By targeting such a broad swath of “exclusionary” actions, the administration of Harvard College has resorted to treating adult students like some elementary schools have treated first graders, requiring that everyone in the class be invited to each child’s birthday party.

It is paternalistic, hypocritical, and frankly insulting that administrators have imposed this policy. As one of the most exclusive universities in the world, Harvard has claimed to select only those with the brightest futures and best judgment for admission.

If this is so, then the administration should allow students to make their own choices of outside affiliations, rather than becoming a nanny state intent on scrutinizing the details of students’ social lives.

For these reasons, it is imperative that Faust reject the faculty’s new policy and reconsider the existing policy regarding students’ outside affiliations. Freedom of association is paramount to American society and basic liberty, and Harvard is mistaken in abandoning it.