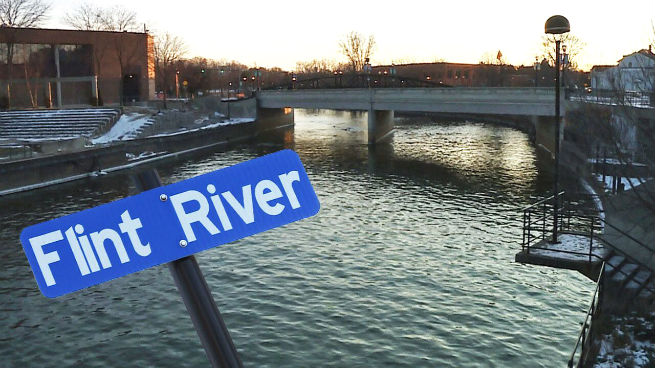 Flint — Michigan’s health department director and four other individuals involved with Flint’s lead-contaminated water were charged Wednesday with involuntary manslaughter, the most serious charges to date in the criminal investigation.

Nick Lyon was accused of misconduct in office and involuntary manslaughter, becoming the highest-ranking member of Gov. Rick Snyder’s administration to be targeted in the criminal probe. The manslaughter charges carries a penalty of up to 15 years in prison and a $7,500 fine, while the misconduct charge carries a prison sentence of up to five years and a $10,000 fine.

There were 12 deaths and 79 other people sickened by Legionnaires’ disease in 2014-15, which some experts have linked to the contaminated water after the city witched to Flint River water in April 2014.

One legal expert said the manslaughter charges are “aggressive” and will be challenging to prove to juries.

Michigan Attorney General Bill Schuette indicated during a Wednesday press conference that he is continuing not to rule out possible charges in the future against Snyder.

Lyon and the other four failed to protect the residents of Flint, said Schuette, who was joined by Genesee County prosecutor David Leyton, special prosecutor Todd Flood and investigator Andy Arena. Lyon’s failure to act resulted in the death of at least one person, 85-year-old Robert Skidmore of Genesee Township, Schuette said.

Skidmore’s death certificate shows that he died Dec. 13, 2015 from “end stage congestive heart failure.” Only diabetes is listed as a contributing cause to the death of Skidmore, who was home under hospice care, according to the certificate.

But the charging document indicates that a McLaren Flint Hospital doctor that a June 2, 2015 sample collected from Skidmore tested positive for Legionella and that the Genesee County medical examiner will “not refute the medical doctor’s findings that Legionnaires’ Disease was a cause of Robert Skidmore’s death.”

Earley, Shekter-Smith, Busch and Croft had been charged with less-serious crimes during the past year.

The state’s chief medical officer, Dr. Eden Wells, was charged Wednesday with obstruction of justice and lying to a police officer. Schuette’s office said she impeded the investigation and the obstruction charge carries a prison term of up to two years.

“People have died because of the decisions people made,” Schuette said, adding that the charges were filed to help restore trust and accountability.

“There are two types of people in the world: Those who give a damn and those who don’t. This is a case where there has been willful disregard” for the health and safety of others, Flood said.

Lyon attorneys Chip Chamberlain and Larry Willey fired back that the case “appears to be a misguided theory looking for facts that do not exist.”

“To that point, we’ve witnessed numerous press conferences by the prosecution that have been intentionally prejudicial to the process and unfair to those targeted.  Worse yet, they have made many statements that are completely false. … we expect the court system to vindicate him entirely.”

Email records released by Snyder’s administration show Lyon was aware of a spike in Legionella — bacteria that causes Legionnaires’ disease — as early as January 2015 but didn’t put out a public alert. Snyder informed the public about the Legionnaires’ outbreak at a hastily organized Detroit press conference in January 2016.

Lyon has said he knew about Legionnaires’ for months but wanted to wait until investigators in the Health and Human Services Department finished their own probe. Wells’ lawyer was not immediately known.

Snyder fired back at Schuette’s office Wednesday while keeping Lyon and Wells on the job, telling Health and Human Services employees in an email that “I am standing behind Nick and Eden.”

“Nick Lyon has been a strong leader at the Department of Health and Human Services for the past several years and remains completely committed to Flint’s recovery. Director Lyon and Dr. Eden Wells, like every other person who has been charged with a crime by Bill Schuette, are presumed innocent unless and until proven guilty beyond a reasonable doubt,” Snyder said in a statement.

“Some state employees were charged over a year ago and have been suspended from work since that time. They still have not had their day in court. That is not justice for Flint nor for those who have been charged. Director Lyon and Dr. Wells have been and continue to be instrumental in Flint’s recovery. They have my full faith and confidence, and will remain on duty at DHHS.”

Senate Minority Leader Jim Ananich, D-Flint, called Snyder’s response to the charges “tone deaf” and argued the governor should be focused on the harm done to Flint residents rather than state employees.

Ananich questioned if Lyon can continue leading the state health department “if he has not been protecting the public and not been informing his superiors” about real or potential threats.
“I think it’s very troubling, and I think he probably should step down,” he said about Lyon. “I think the question needs to be why the governor doesn’t think so.”

Wayne State University law professor Peter Henning called the charge against Lyon “aggressive” because the attorney general’s office will have to prove that any public warning he may have made about Legionnaires’ disease could have prevented deaths.

“For any homicide charge you have to prove causation and that there is a direct linkage for what he did or failed to do and the death,” said Henning, a former federal prosecutor. “That will certainly be a hurdle for the attorney general’s office.”

Prosecutors may also have to prove a link between Flint water and the Legionnaires’ disease outbreak, Henning added. Experts and the state have debated whether the water itself is to blame or a local hospital where many of the cases originated.

“This case is going to turn very much on expert testimony,” Henning said. “It’s not a whodunit. It’s: Did he do anything that caused the death? The death occurred; now it’s a matter of tracing it back, and there’s a challenge there.”

But in a Wednesday afternoon interview, Leyton said he and Schuette had a “duty to bring those charges” since they had probable cause that involuntary manslaughter was committed.

“Every single case you bring to court as a prosecuting attorney is a challenge because of so many factors,” he said. “But our job is provide justice for the people of Michigan and in this specific instance, the city of Flint.”

About 15 state and Flint officials have been charged in what Schuette called “the most comprehensive investigation in Michigan history.” The longtime Republican elected official has been considering a run for governor in 2018.

Both Schuette and Leyton said in the interview that the attorney general stuck his neck out to take this case and did not do it for political gain.

“I am duty bound to uphold the laws in the state of Michigan,” Schuette said. “And if I were to turn my back on this problem, that would have been a dereliction of duty.”

When asked why Snyder has not been charged, Schuette said no “crime has been established,” and “we’re not filing charges at this time.” He said the governor had not been made available for an interview.

Snyder counsel Brian Lennon said the governor was made available but a key condition was not met.

“We made the governor available for an interview with the Office of Special Counsel this spring on their repeated written and verbal assurances that an investigative subpoena would be produced,” Lennon said in a Wednesday afternoon statement. “Todd Flood failed to produce the promised investigative subpoena required to conduct the interview.

As Bill Schuette knows, we have repeatedly explained the governor needs no special treatment and should receive a subpoena just like everyone else interviewed during the course of this investigation. If that happens, we are more than willing to make him available once again for an interview with the Office of Special Counsel.”

Flint Mayor Karen Weaver was watching the press conference on a livestream from her chief of staff and said “Wow” when the involuntary manslaughter charges were announced.

“It’s terrible what has occurred but it’s a good day for the people of the city of Flint,”  Weaver later said. “We’ve had people die as a result of this water crisis. And for justice to be had is wonderful.”

Weaver said she recently talked to the attorney general and complimented him as “a man of his word. He did what he said he was going to do. And he hasn’t backed down, so we’re thankful.”

Flint began using water from the Flint River in 2014 but didn’t treat it to reduce corrosion, resulting in lead leaching from old plumbing into the water system. When the state was made aware of elevated lead levels in the drinking water, the Snyder administration confirmed the result and switched Flint back to the Detroit area water system in October 2015.