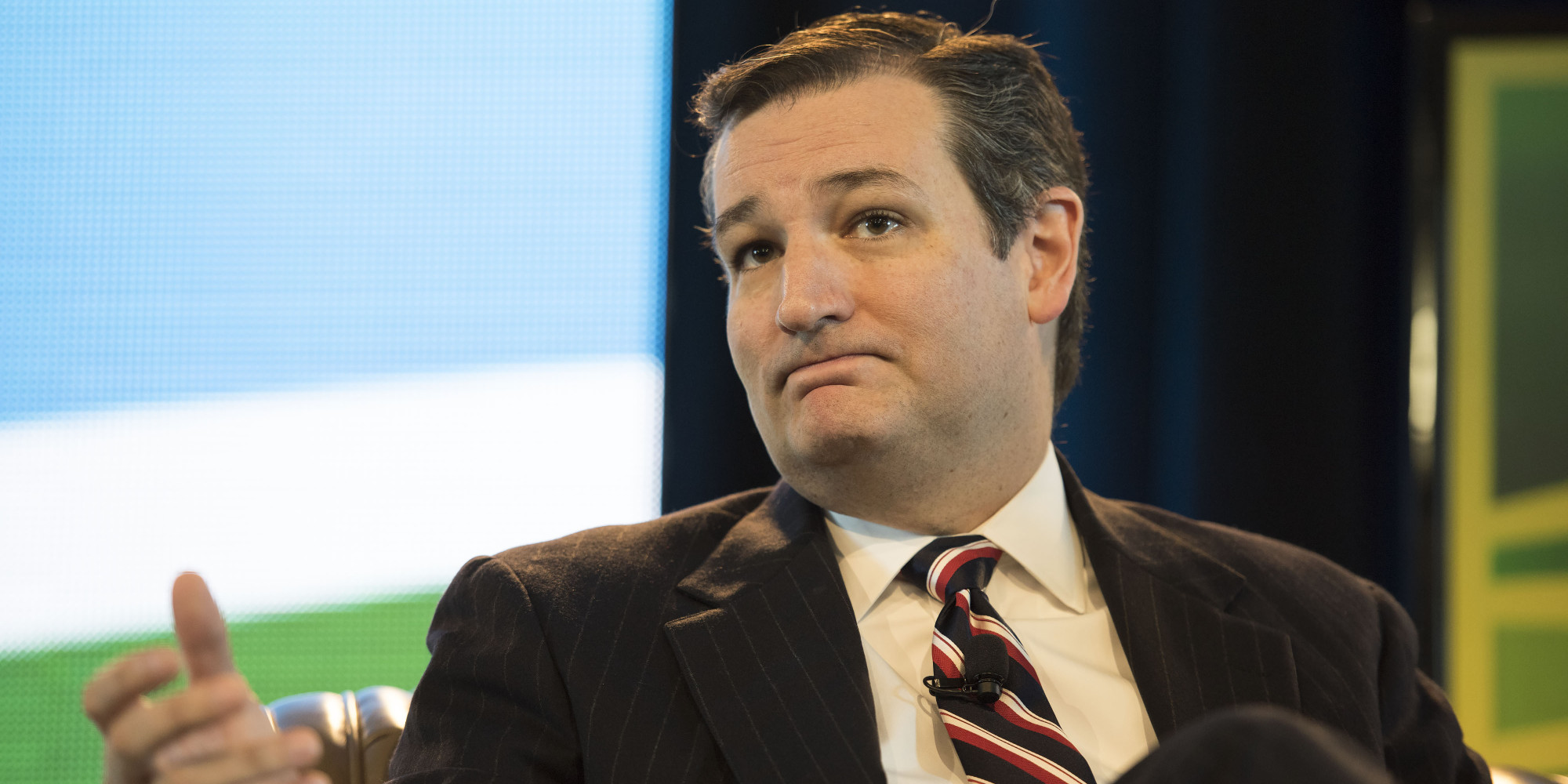 Second look at ‘Plan A’?  We’ll come back to the Cruz amendment and the Department of Health and Human Services’ findings in a moment — but for now, we need to acknowledge that Senate leadership and the White House are still set on ‘Plan B,’ which is looking like a dead end.  In case you haven’t been following my work over the last week, ‘Plan A’ is the original Senate healthcare bill, which never received a vote because four GOP Senators (two conservatives, two moderates) said they’d join Democrats to block it from even coming to the floor for debate or amendments.

Those defections forced Mitch McConnell to roll out ‘Plan B:’ Reviving the “clean repeal” measure passed by the upper chamber in late 2015.  Within hours of that announcement, at least three Republicans — one of whom voted for it last time around — were already “hard no’s” on that idea, shutting off that possibility.  Apparently at the urging of the president, McConnell said he’s going to force a vote on a motion to proceed to the re-introduced 2015 legislation early next week.  But if it’s doomed to failure, why is he moving forward?  We ran through a few possibilities yesterday, adding a theory from Washington Post columnist Marc Thiessen along the way.  No matter what the goals may be, it appears as though ‘Plan B’ is destined to crater.  Badly:

WOAH: @SenAlexander, in a scrum aired live by CNN, says "I don't think there are 40 votes" for a repeal-only bill.

That would mean that quite a few Senate Republicans don’t have the stomach to repeal most of Obamacare without a replacement ready, which is an understandable political judgment to have reached.  The CBO has determined that the ‘Plan B’ bill would double premiums by 2026 and result in 10 million more uninsured Americans than the other Senate bill.  Experts agree that the measure would vaporize the individual market if it went into effect in isolation.  According to a recent national poll, immediate repeal minus a program to supplant the canceled law is as just about as unpopular as keeping Obamacare fully intact — which is to say, very unpopular.  The vast majority of Americans either want significant ‘fixes’ to Obamacare, or a simultaneous repeal and replacement.  For what it’s worth, I see the ‘Plan A’ Senate bill as falling somewhere in between those two characterization; it’s a partial repeal with some conservative fixes.  If Republicans aren’t going to even come close to voting on the ‘Plan B’ 2015 legislation, they need to choose between revisiting the 2017 bill they’ve effectively killed, or they need to retreat to ‘Plan D,’ a scaled-back bill that focuses on areas of broad agreement within the party.

The other alternatives are awful: Negotiating with Democrats to pass a non-conservative Obamacare bailout, or inaction, under which Republicans assume full co-ownership of the unworkable status quo.  Might a new report from HHS suggest that circling back to ‘Plan A’ is the best solution?  A few weeks ago, we told you about Ted Cruz’s idea that would allow state-level insurers to offer cheaper plans with fewer mandates so long as they also offer at least one Obamacare-compliant plan, too.  That proposal was  tweaked a bit in the finalized language, but its essence remains the same.  A pro-Obamacare insurance lobbying group hates it, and reasonable questions have been raised about whether it would work well.  Rather than waiting for a Congressional Budget Office score of the new (currently dead) bill — which many Republicans credibly argue wouldn’t accurately reflect reality, given CBO’s track record on these questions — the Department of Health and Human services reviewed the Cruz amendment on its own.  The results (which are irrelevant as long as ‘Plan A’ is sitting in deep freeze) are in:

The goal was to lower health insurance premiums and raise participation, but the plan has scared off moderate Republicans, who fear it will leave those with pre-existing conditions without affordable coverage. Critics, including within the insurance industry, have argued that it would disrupt the market by creating two different regulatory regimes, and driving up the cost of insurance for sicker Americans, putting coverage out of reach. But according to the analysis, obtained by the Washington Examiner, the opposite is true. According to HHS, those likely to sign up for Obamacare- compliant Silver plans, presumably those who are considered high risk, would pay on average $380 per month in 2024, down from $845 per month projected under current law. Consumers who purchase plans outside of the Obamacare mandates would save even more money by 2024 and would pay $240 per month on average. Enrollment in the individual market would climb, according to HHS. The HHS report says enrollment in health insurance under the individual market is expected to reach 13.9 million in 2024. Under the Consumer Freedom plan included in the Senate health care bill, 16.1 million would be enrolled by 2024.

It’s important to point out that this isn’t a nonpartisan document, even if people are inclined to agree with its findings.  It comes from Tom Price’s department, so buyer beware. Setting that fact aside, it echoes what Cruz has been saying his plan would achieve: More options for more people at affordable price points, thus attracting younger, healthier consumers into the marketplace — with many paying lower monthly rates.  The key question would be how badly this would disrupt the Obamacare-compliant segment of the individual market, which would be even more disproportionately crowded with sicker people, who are more expensive to cover.  If the benefits didn’t offset the potential negatives for carriers’ bottom lines, and if federal “stabilization” funds were insufficient to shore up what would amount to high risk pools, the whole thing could re-enter an Obamacare-style downward spiral.  The HHS study suggests that the cost of all plans would drop under Cruz’s plan, a win-win.  Critics, including some insurer actuaries, dispute this.  Still, it’s a creative idea that has real potential upside.  Might Cruz be able to wield this hopeful data to persuade his colleagues Mike Lee and Jerry Moran to re-enter the fold?  Could a small group of conservatives sit down with the Susan Collins/Dean Heller/Shelley Moore Capito contingent to hammer out a few more adjustments that could get the wider conference to “yes” on at least the motion to proceed to consider ‘Plan A’?  That’s surely a preferable option to abject failure (‘Plan C’), or to the unsatisfying relative small-ball of ‘Plan D.’

Almost all of the anger and passion in this debate over the last few months has been coming from the Left.  Now that conservatives are staring total defeat in the face, as Senators balk at both “repeal and replace” and “clean repeal, then replace later” strategies, some pressure is finally mounting on the Right.  President Trump is correct to call out Republicans by reminding them that words without action, especially when there’s a real opportunity to put those words into action, is a humiliating abdication.  His warning about the Left’s single payer designs is also accurate, even if he’s wrong about who voters will blame for Obamacare’s worsening deterioration.  With their elected representatives teetering on the brink of an embarrassing defeat of historic proportions, Republican voters need to loudly demand that Senators get their acts together and reach a compromise that at least reforms and replaces much of Obamacare.  Because a “bipartisan solution” would end in an ideological rout, as previewed by Democrats and pro-Obamacare Republicans like John Kasich.  As we’ve said before, it’s well past gut check time:

Dems wanted Obamacare so much that they ignored a referendum Senate loss in Massachusetts. How much do Republicans want repeal?