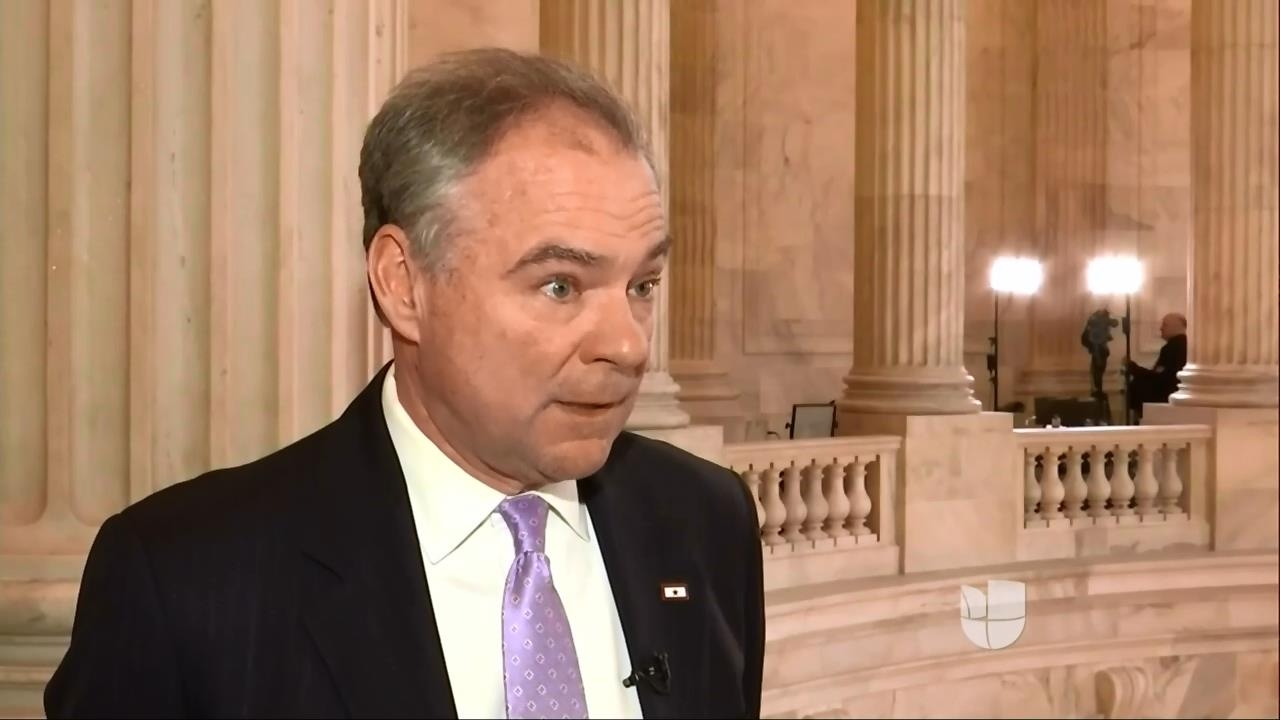 Democrat Tim Kaine, who — and people forget this — is a member of the United States Senate who ran on Hillary Clinton’s ticket last in fall’s election (look it up!), weighed in on the gun control debate that is raging the aftermath of Sunday night’s horrific mass shooting in Las Vegas.  In a very special attempt to link his opposition to a Republican proposal to ease federal restrictions on gun suppressors to the massacre, Kaine explained how he believes local authorities were able to put an end to the shooter’s reign of terror.  Just so we’re clear, this person is a sitting Senator who wields one of just 100 upper chamber votes on gun policy legislation:

He was only stopped finally because he did not have a silencer on his weapon. And the sound drew people to the place where he was ultimately stopped. Can you imagine what this would have been if he had silencers on these weapons?”

Hillary, who rushed to debase herself by immediately politicizing the Vegas attack, got fact-checked by the Washington Post for spouting similarly ignorant nonsense about “silencers:”

The crowd fled at the sound of gunshots.

Imagine the deaths if the shooter had a silencer, which the NRA wants to make easier to get.

Actually, even with "a silencer," it's pretty loud. An AR-15 rifle would have a noise equivalent to a jack hammer. https://t.co/rL1YFuAB5b https://t.co/YE9smBZqGG

That correction stems from an analysis in which WaPo awarded another Senate Democrat ‘Three Pinocchios’ for garbage assertions about “silencers.”  Now seems like the perfect opportunity to highlight one small but insightful snippet from a data journalist’s much-discussed column explaining how her arguments for gun control “crumbled” as she examined the facts: “I can’t endorse policies whose only selling point is that gun owners hate them. Policies that often seem as if they were drafted by people who have encountered guns only as a figure in a briefing book or an image on the news,” she wrote.  Those people apparently include multiple US Senators and a failed presidential candidate.