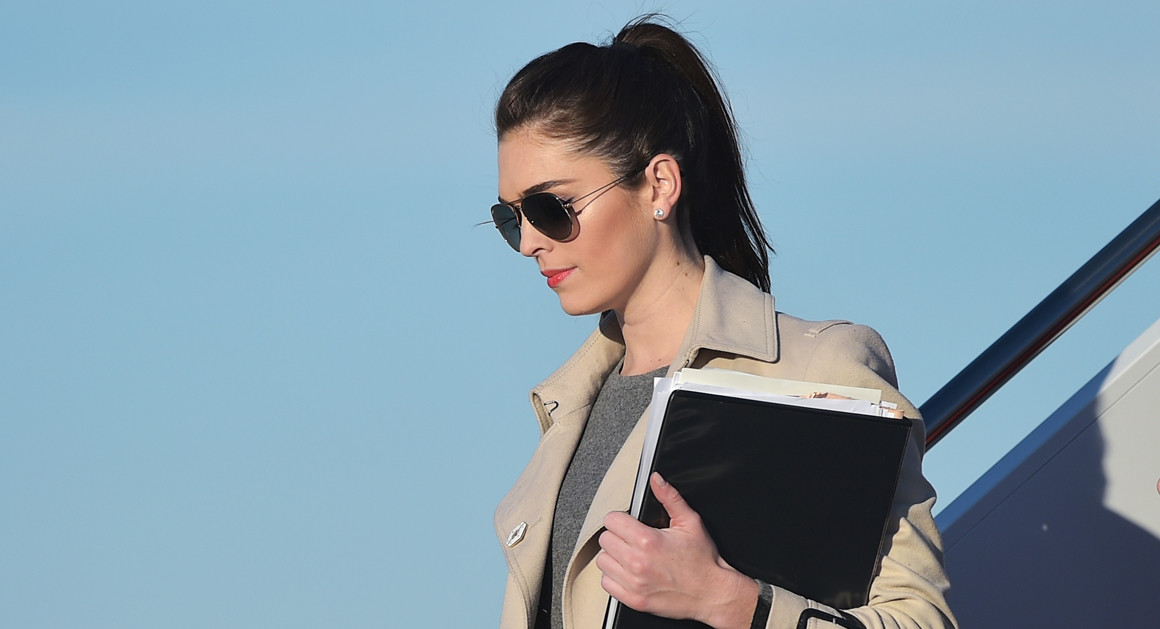 Hicks took over the role after the departure of Anthony Scaramucci, who held the position for just 10 days in July. Hicks has been with President Donald Trump since before he entered politics and is known to have his trust. She was one of the first staffers to join his presidential campaign in 2015.

A White House spokesperson confirmed to CNN that Hicks had been given the important job on a permanent basis:

Hicks’ relationship with Trump began while she was working for Hiltzik Strategies, a New York public relations firm founded by Matthew Hiltzik, a longtime Hillary Clinton supporter. She went on to leave the firm to work for the Trump Organization on several projects, including Ivanka Trump’s fashion line.

That work grew into a close relationship with the businessman-turned-politician, making Hicks one of the few White House aides who has avoided the infighting that has largely defined Trump’s presidency.

Hicks, 28, had not moved into the office designated for the White House communications director, instead opting to remain at her current desk just outside the Oval Office.

Bloomberg first reported on the development in a story about the White House’s plan to promote its tax reform push. Staffers view Hicks as a strong fit for the position because of her close ties to the president.