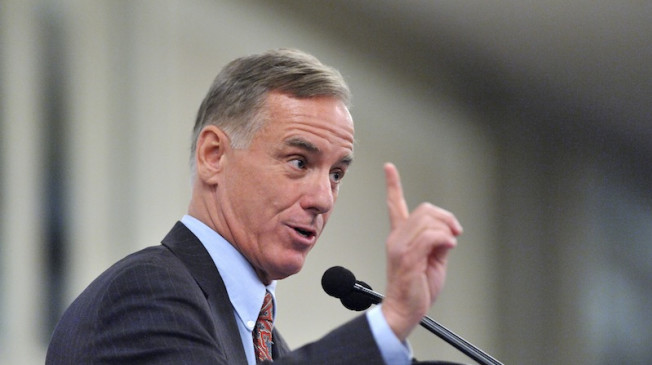 In yesterday’s column from Al Hunt in Bloomberg, the veteran political commentator noted that what Democrats needed was not new policies, but a new message. And former Democratic National Committee Chair Howard Dean has an idea on how to craft this: label every person who votes Republican a racist. Yep, that’s right—if you vote GOP in 2018, you’re a racist because nothing says success like building upon Hillary Clinton’s deplorable strategy. Dean made these remarks on Joy Reid’s show on MSNBC on Saturday, saying “I think this may be the moment for Trump last weekend. Today, in the 2018 elections, if you vote for a Republican, you’re supporting Donald Trump. This has now become a referendum. If you want to vote for a racist in the White House, then you better vote for Republicans. But if you want to vote for Democrats and really have change, that’s where I think America is going.”

Yeah, Howard, just because there’s a “D” next to your name doesn’t mean crap to voters. You have to tell them what you stand for and Hillary Clinton didn’t stand for anything except say how awful Donald Trump is for engaging in locker room talk. Yet, the former is what Hunt was referring to, though I have my doubts it’ll be effective concerning the Left’s embrace of the authoritarian ethos of political correctness and identity politics.

The reason Democrats think this is simple. From polling, Democrats do run the table of a variety of economic issues such as health care and the minimum wage, but the delivery of the message is chopped up. Former Rep. Harold Ford, Jr., who’s a fixture on MSNBC’s Morning Joe, noted how the Democrats’ new agenda, the Better Deal, falls short, namely because it places pro-jobs, pro-economic growth, and being pro-consumer as things that are in conflict with one another. Hunt wrote Democrats have to just reconnect with voters, probably because they usually run the table on economic issues, such as health care and the minimum wage. Yet, a good way to tune out is when someone says you’re a Nazi or a racist for not voting for my side.

At the same time, Hunt notes the importance of the state-level races, along with the idiocy of having left wing litmus tests for candidates:

Democratic leaders also hope the program will fend off the party’s left wing and its fondness for litmus tests like the demand that all Democratic candidates embrace a single-payer health care plan. That would be a gift to Republican candidates, who are suffering from their party’s failure and duplicity on health care and are eager to change the terms of public debate.

Being outsmarted by Republicans the past 10 years has had dire consequences for Democrats. Fewer ideas are percolating up from the states. Republican redistricting schemes have cost at least a dozen House seats and hundreds in state legislatures.