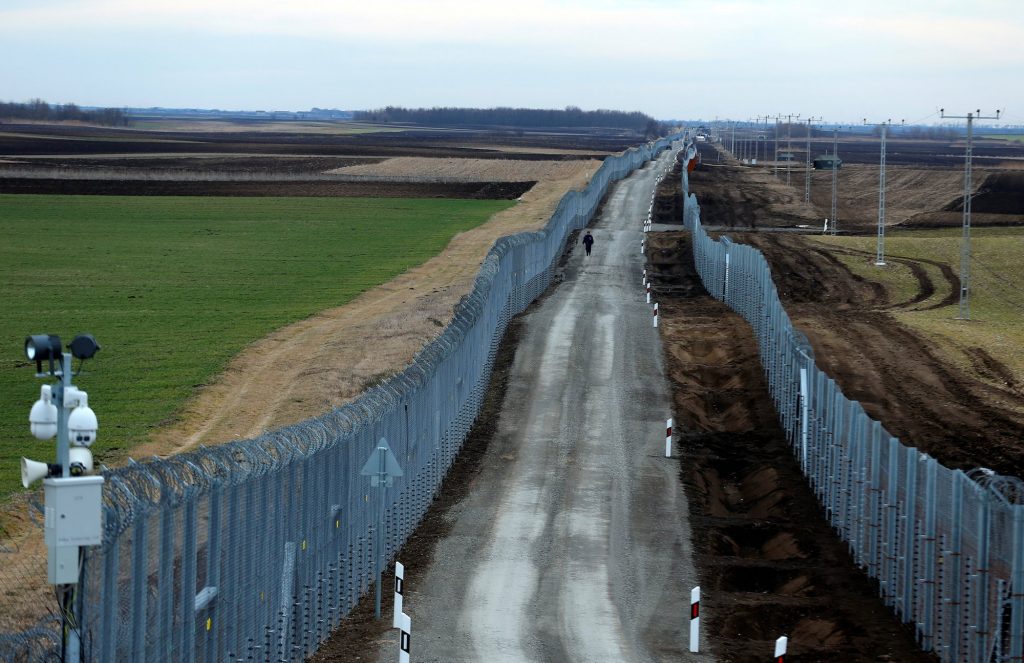 In 2015 Hungary erected a border fence. By October officials said no migrants had breached the fence Hungary built on its border with Croatia on the first day of operation.

The fence includes razor wire to deter migrants from entering.

No migrants have breached the fence since the border was closed.

During the month of September 2015 there was a total number of 138,396 migrant entries, and by the first two weeks of November the average daily number of intercepted migrants decreased to only 15, which is a daily reduction of more than 4,500. (Rendorseg)

Hungary wants the European Union to pay half the bill for the razor-wired fence it erected in 2015 to keep migrants out, Prime Minister Viktor Orban’s administration announced Thursday.

The fence has virtually erased illegal immigration into Hungary less than two years after it was considered the primary route for migrants attempting to enter the EU. Janos Lazar, Orban’s chief of staff, claims the 400 million euro ($476 million) figure is justified since the fence is “protecting all the citizens of Europe from the flood of illegal migrants.”

“If we talk about European solidarity, then we must also discuss the protection of borders. Solidarity must be applicable there, too,” Lazar said at a press conference. “That burden must also be shared.”

The government moved Wednesday to extend its state of emergency until March as the “threat of terrorism in Europe has increased.” Aside from the fence, hundreds of officers have been deployed to guard the border around the clock and a number of transition zones have been set up to detain asylum seekers.