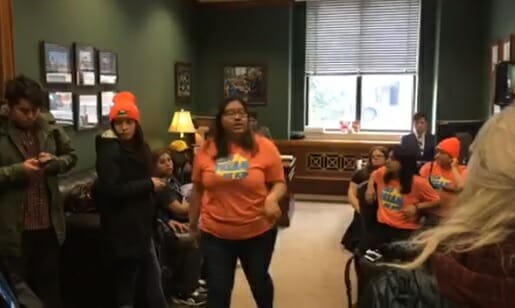 The illegals were screaming, ‘F*ck This Conservative, F*ck This Person! Undocumented and Unafraid!’

As the group of illegal aliens and open borders activists — with the George Soros-funded group “United We Dream” — stormed Tillis’ office demanding amnesty, one illegal alien from North Carolina shouted, “F*ck this conservative! […]