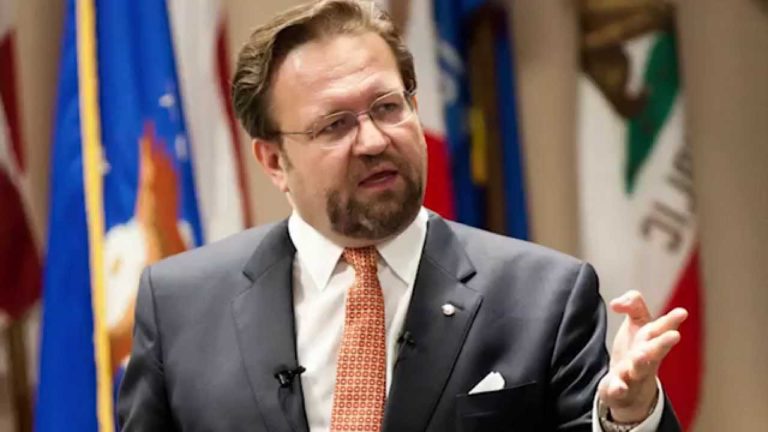 Dr. Sebastian Gorka, who since January has served as deputy assistant to President Donald Trump, resigned from the White House administration on Friday evening, saying, “it is clear to me that forces that do not support the MAGA promise are – for now – ascendant within the White House.“

Breitbart News has now obtained a full copy of his resignation letter:

It has been my high honor to serve in the White House as one of your Deputy Assistants and Strategists.

In the last thirty years our great nation, and especially our political, media, and educational elites, have strayed so far from the principles of our Republic’s Founding that we faced a grim and godless future.

Your victory last November was truly a “Hail Mary pass” on the way to re-stablishing America upon the eternal values enshrined in our Constitution and Declaration of Independence.

It is, therefore, all the more difficult for me to tender my resignation with this letter.

Your presidency will prove to be one of the most significant events in modern American politics. November the 8th was the result of decades during which the political and media elites felt that they knew better than the people who elect them into office. They do not, and the MAGA platform allowed their voices finally to be heard.

Regrettably, outside of yourself, the individuals who most embodied and represented the policies that will “Make America Great Again,” have been internally countered, systematically removed, or undermined in recent months. This was made patently obvious as I read the text of your speech on Afghanistan this week.

The fact that those who drafted and approved the speech removed any mention of “radical Islam” or “radical Islamic terrorism” proves that a crucial element of your presidential campaign has been lost.

Just as worrying, when discussing our future actions in the region, the speech listed operational objectives without ever defining the strategic victory conditions we are fighting for. This omission should seriously disturb any national security professional, and any American who is unsatisfied with the last 16 years of disastrous policy decisions which have led to thousands of Americans killed and trillions of taxpayer dollars spent in ways that have not brought security or victory.

America is an incredibly resilient nation, the greatest on God’s Earth. If it were not so, we could not have survived through the unbelievably divisive years of the Obama Administration, nor witness your message to roundly defeat a candidate who significantly outspent you and had the Fakenews Industrial Complex 100% on her side.

Nevertheless, given recent events, it is clear to me that forces that do not support the MAGA promise are – for now – ascendant within the White House.

As a result, the best and most effective way I can support you, Mr. President, is from outside the People’s House.

Millions of Americans believe in the vision of Making America Great Again. They will help eventually rebalance this unfortunate temporary reality.

Despite the historically unprecedented and scandalous treatment you have received at the hands of those within the Establishment and mainstream media who perennially see America as the problem and who wish to re-engineer our nation in their own ideological image, I know you will stay the course for the sake of all America’s citizens.

When we first met in your offices in New York, in the Summer of 2015, it was instantly clear that you love the Republic and will never give up once you have committed yourself to victory.

When it comes to our vital National Security interests, your leadership guarantees that radical Islamic terrorism will be obliterated, that the threat of a nuclear Iran will be neutralized, and that the hegemonic ambitions of Communist China will be robustly countered.

I and like-minded compatriots will be working on the outside to support you and your official team as we return America to its rightful and glorious place as the shining “city upon a hill.”