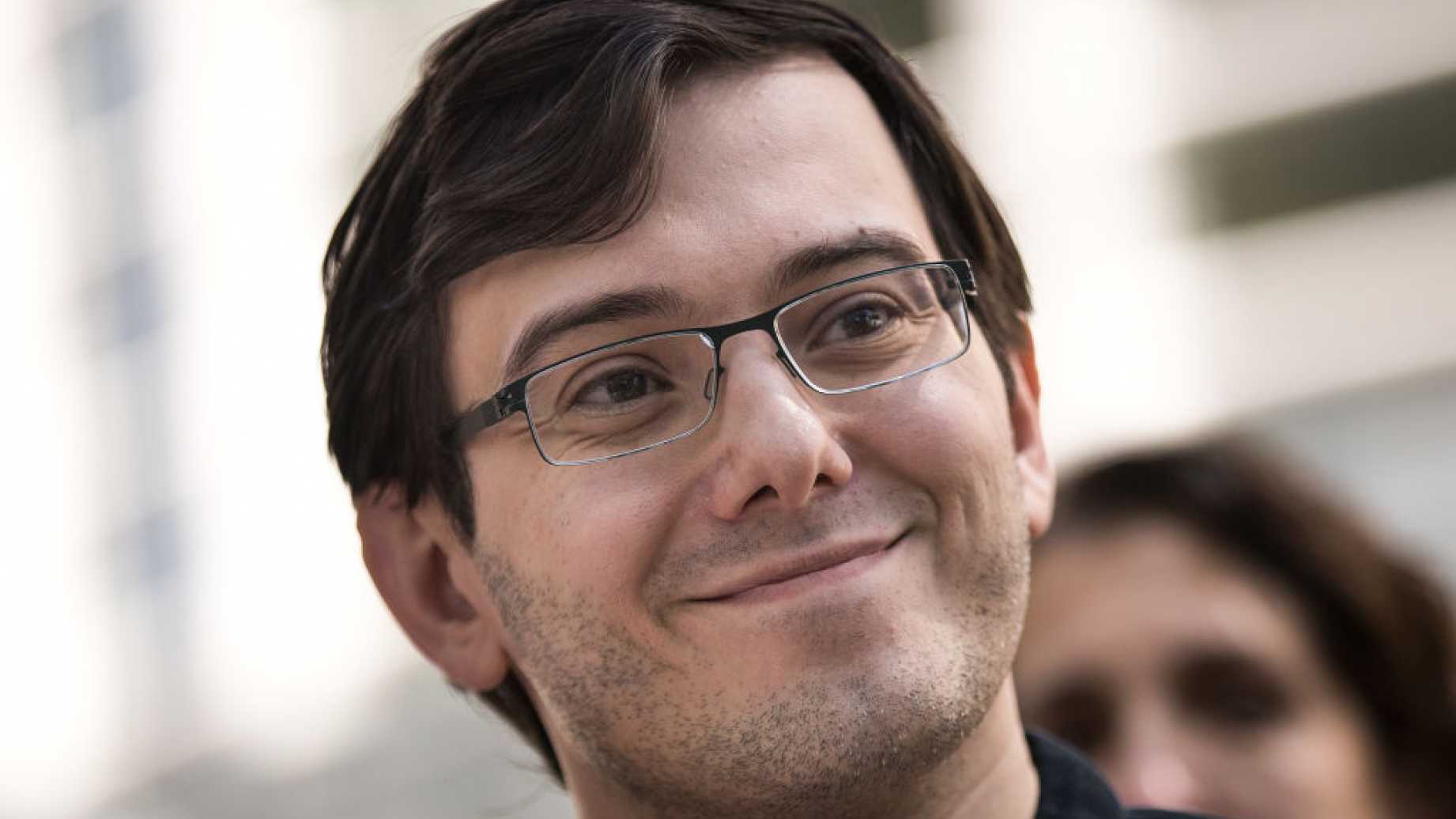 Martin Shkreli burst into the headlines in 2015 when he jacked up the price of a lifesaving AIDS drug, Daraprim, by 5,000%.

The young pharmaceutical executive, who also made a fortune on Wall Street, went on to taunt prosecutors who were investigating his business dealings, mock members of Congress, and harass journalists covering his various cases, earning him the nickname “Internet Supervillain” from The Washington Post.

But it all went a hair too far. Literally.

Shkreli was sent to jail on Wednesday when a federal judge revoked his $5 million bail. Why? Because the 34-year-old with the highly punchable face had offered $5,000 for a strand of Hillary Clinton’s hair.

Federal District Court in Brooklyn Judge Kiyo A. Matsumoto decided that was hairassment (sorry). “That is a solicitation to assault in exchange for money that is not protected by the First Amendment,” she said.

Shkreli twice posted on Facebook saying he would pay $5,000 to anyone who could “grab a hair” from Clinton’s head during her book tour.

He later edited the post to say it was “satire, meant for humor,” and his lawyer, Benjamin Brafman, said at the hearing that the post was merely a “a momentary lapse in judgment.”

But Judge Matsumoto noted that Shkreli put up another post — the very next day — that said: “$5,000 but the hair has to include a follicle. Do not assault anyone for any reason ever (LOLIBERALS).”

The New York Times had a nice ending to its story about Shkreli’s jailing.

Mr. Shkreli, dressed in a lavender button-down shirt, was animated for much of the hearing, as he had been throughout his trial. But his behavior changed when Judge Matsumoto said that she had decided to jail him, and he sat quietly at the defense table for the rest of the hearing.

After the hearing, two deputy United States marshals led Mr. Shkreli to a holding cell adjoining the courtroom. He will be held at a federal jail in Brooklyn.

Shkreli still faces up to 20 years in prison for defrauding investors.