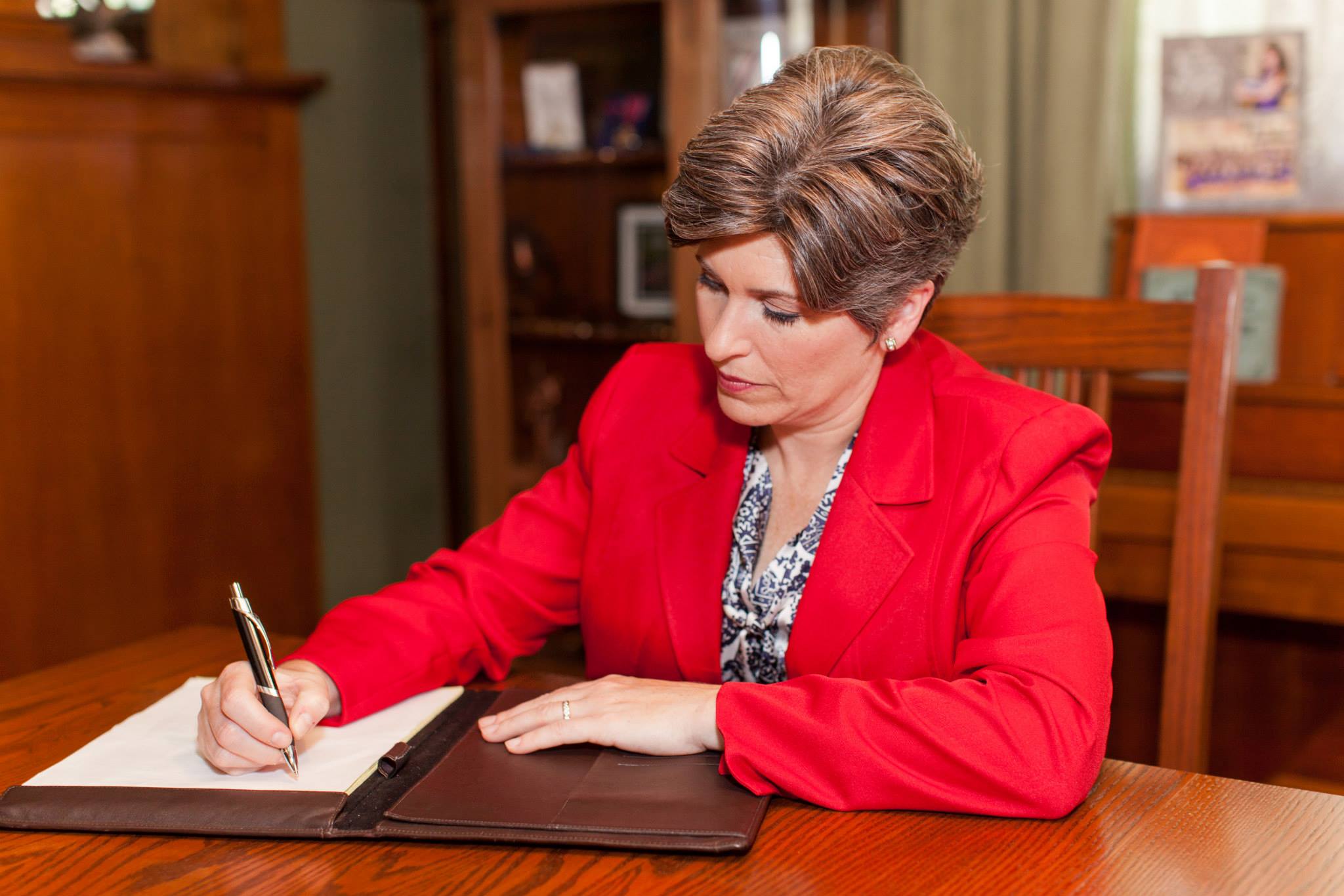 Last week was rough for the GOP. The Senate Republican health care push failed when Sens. John McCain (R-AZ), Lisa Murkowski (R-AK), and Susan Collins (R-ME) joined Senate Democrats to block the so-called “skinny repeal.” Everything was set. House Republicans had agreed to bring this legislation to conference, instead of passing it, should the Senate succeed in getting 51 votes in the very early morning hours last Friday. It ended in disaster. Senate Majority Leader (R-KY) took to the floor when the bill failed, saying he looked forward to hearing ideas from Senate Democrats on health care, and that we should move on from health care. The bill is technically not dead, but for now it’s not on the agenda.

Congress is supposed to be in recess; the House already adjourned without a plan to tackle the debt ceiling or other budgetary matters. Yet, the Senate remains in session. Sen. Joni Ernst (R-IA) has sent a letter to Sen. McConnell’s office, stringently reminding the Kentucky senator that the GOP cannot simply back away from the repeal and replace pledge. 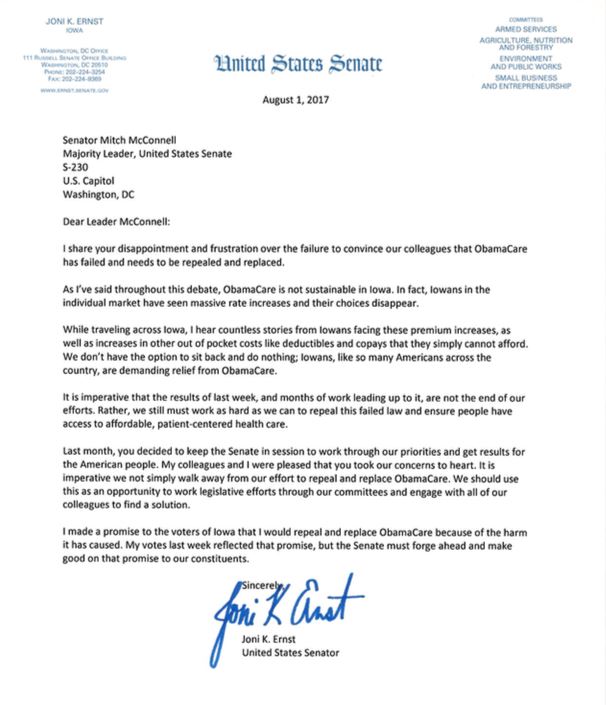 The impact Obamacare had on Iowa cannot be understated. The state’s last Obamacare insurer, Medica, is mulling either pulling out of the market altogether or enacting a 43 percent premium hike. So, you can see the predicament here. Tax reform is another key item on the Trump agenda, but Republicans promised to repeal Obamacare for almost a decade. After falling short twice this year and to just say it’s time to move on is not acceptable, and it seems like Sen. Ernst knows that. Republican failure on health care is not an option, unless they want to give their conservative base to never vote Republican again. They invested money in candidates, canvassed neighborhoods, conducted phone banks, and scarified their weekends for these grassroots activities for nearly a decade. All they get is a “well, we tried” from Congress. That’s political suicide. Yet, as Guy wrote yesterday, GOP health care could be making a comeback on the action item list.