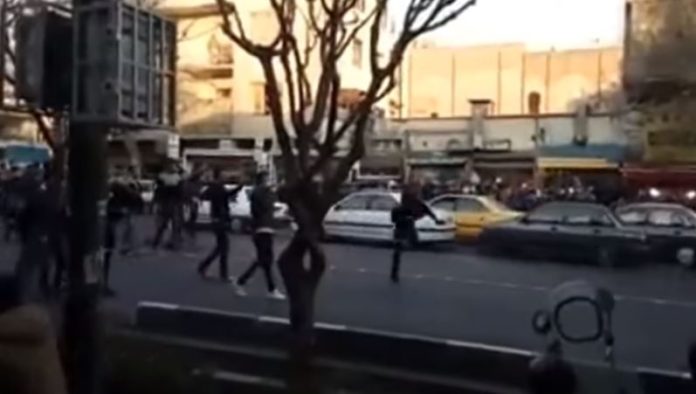 “The great nation of Iran for sure has closely watched the active participation of Mr. Trump in violating the ‎human rights of Palestinian, Yemeni, and Bahraini people,” he said.‎

Trump has tweeted several times about Iranian citizens taking to the streets in protest against the government:

Many reports of peaceful protests by Iranian citizens fed up with regime’s corruption & its squandering of the nation’s wealth to fund terrorism abroad. Iranian govt should respect their people’s rights, including right to express themselves. The world is watching! #IranProtests

The protests are the largest anti-government movement in Iran since 2009. The protestors are pushing back against poor economic conditions, price surges, and government sponsored terrorism in the Middle East.

Trump remarked about the economic situation in Iran too, noting that America is on the look-out for human rights violations:

Big protests in Iran. The people are finally getting wise as to how their money and wealth is being stolen and squandered on terrorism. Looks like they will not take it any longer. The USA is watching very closely for human rights violations!

Seven Iranian citizens were killed in clashes with the government during the 2009 protests.

Qassemi insisted, though, that the Iranian government would not violently quash the protests.

“The Islamic Republic of Iran’s Constitution has provided democratic frameworks for legal support of ‎people’s civil demands, and it is totally possible to pursue such demands within the framework of law,” he ‎said.