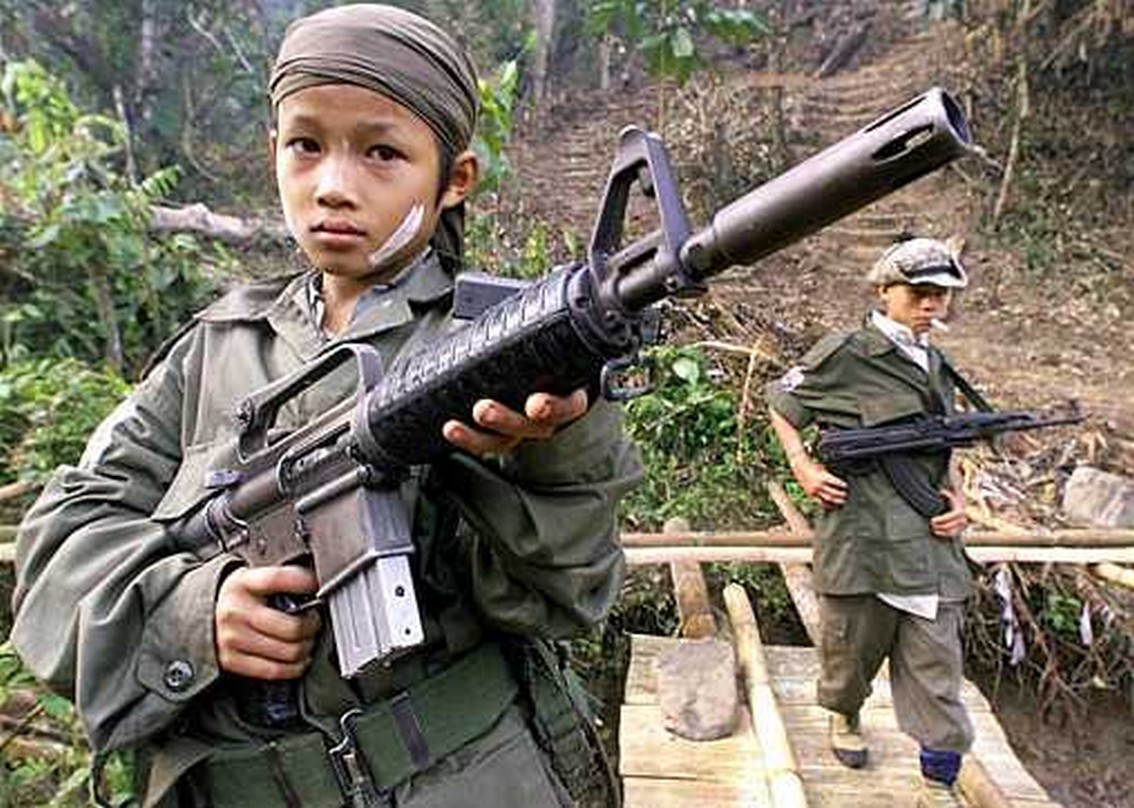 In a breathtaking interview with the local Philippine outlet Rappler, a former jihadist with the nation’s Maute terrorist group recalls his recruitment as a child, when Maute leaders offered his parents a shot at an Islamic education.

“It is my family’s dream to make me study the Koran,” the teenager, whom Rappler does not name, tells the outlet.

Cayamora and Farhana Maute, the parents of the Maute brothers who lent the jihadist group its name, personally approached the boy’s parents and offered to grant him an Islamic education, which includes teaching him Arabic and memorizing the Quran.

Rappler notes that it is not clear whether the Mautes paid for the education, though given the impoverished status of the family this is highly likely. Even if they had not, the publication claims that the prestige of the Maute family was enough to convince his family.

“They taught me how to kill people. … They said all the Christians in the world must die,” the boy tells Rappler. He says he spent two years fighting in guerrilla battles with Maute. “I told myself, ‘I will die in this war and I will go to heaven.’ If I die in the battlefield, Allah will welcome me to heaven.”

The boy refuses to disclose what made him abandon the group, and he closely guards his identity. The Maute group is no longer a regional menace, but a sworn wing of the Islamic State along with the Philippine jihadist group Abu Sayyaf.

Maute has overrun the city of Marawi in southern Mindanao, the nation’s only official “Islamic city.” Fighters from both groups and foreigners brought in by the Islamic State fight to establish a caliphate in Mindanao, which is home to the nation’s president, Rodrigo Duterte.

Since the invasion of Marawi began, prompting a 60-day implementation of martial law, eyewitnesses who escaped the city have repeatedly stated that the jihadists they saw fighting were children and young adolescents.

“They are just barely out of teenage life. And they take command from boys in their early to mid-20s,” one witness noted in May.

Another said the youngest fighters looked to be about thirteen years old. Adults from Marawi have also testified that Maute terrorists had attempted to convince them to take their children away to give them an Islamic education.

Rappler is the first account, however, which quotes a child soldier himself. The outlet also published a video Wednesday of boys at a terrorist training camp preparing for the invasion:

The battle to eradicate the Islamic State from Marawi continues, with the Philippine government confirming this week that American troops have joined the battle, though they are not acting in a combat capacity.

U.S. troops are, instead, aiding with intelligence gathering. Philippine military authorities say the delay in liberating the city stems from the struggles of urban warfare, as well as Maute terrorists using civilians as human shields and hiding in the city’s mosques, which the government cannot bomb for fear of killing civilians.

Child labor and use of child soldiers, in particular, have long plagued the Philippines. In a report published Wednesday, the International Labor Organization (ILO) estimated that “250 million children worldwide live in areas affected by clashes and a majority of them are recruited to work as soldiers and spies,” the Philippine Star reports.

The report specifies that children “are not only used by armed groups as combatants, but also as spies, helpers and porters.” The use of child soldiers is not unique to Maute.