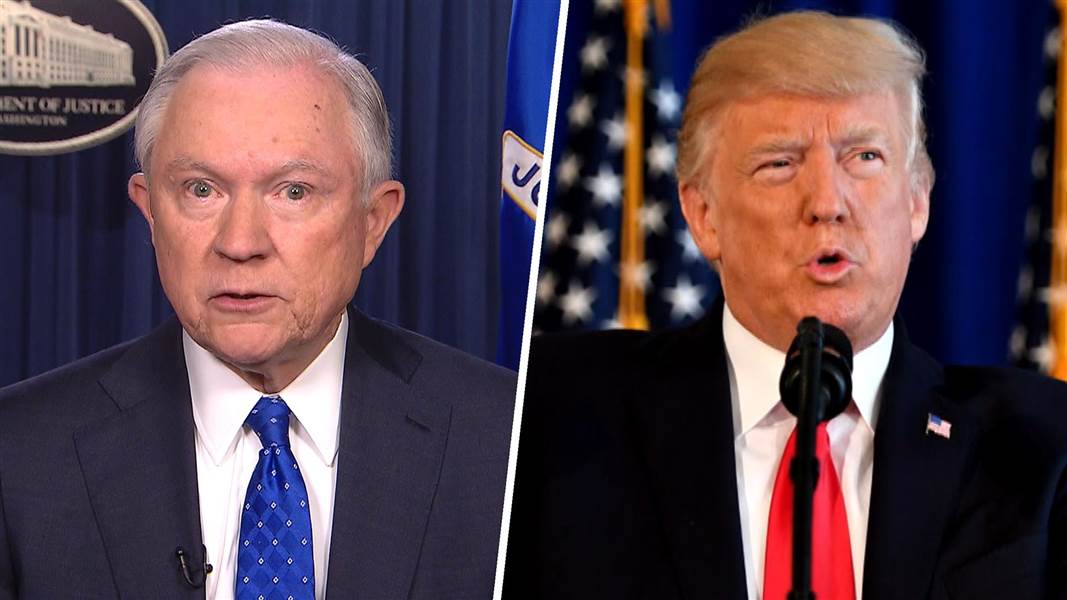 During an interview with Sessions, Craig Melvin, host of NBC’s Today, read verbatim from a Daily Stormer article praising Trump for not condemning them by name during his statement on Saturday about the violent events in Charlottesville, Virginia.

“Isn’t that proof that the president didn’t stand up sufficiently to white supremacy on Saturday?” Melvin asked.

“They are simply attempting to legitimate themselves in any way possible,” Sessions replied. “They are about to find out that we’re coming after them for any violations of the law.”

Trump said his administration condemned “in the strongest possible terms this egregious display of hatred, bigotry, and violence on many sides,” setting off critics who thought he should have condemned neo-nazis by name.

“It has no place in America,” Trump said, referring to the “hatred” and “bigotry” displayed in Charlottesville, calling for a restoration of law and order.

On Sunday, a White House official clarified the president’s statement to answer critics.

“The president said very strongly in his statement yesterday that he condemns all forms of violence, bigotry, and hatred,” the official said. “Of course, that includes white supremacists, KKK, neo-Nazi, and all extremist groups.”

Sessions defended Trump, pointing out that the president had “condemned them by name” in the past and would continue to do so.

“It was a good statement, delivered just a few hours after the event,” Sessions said. “The next day, they explicitly called out the Nazis and the KKK.”