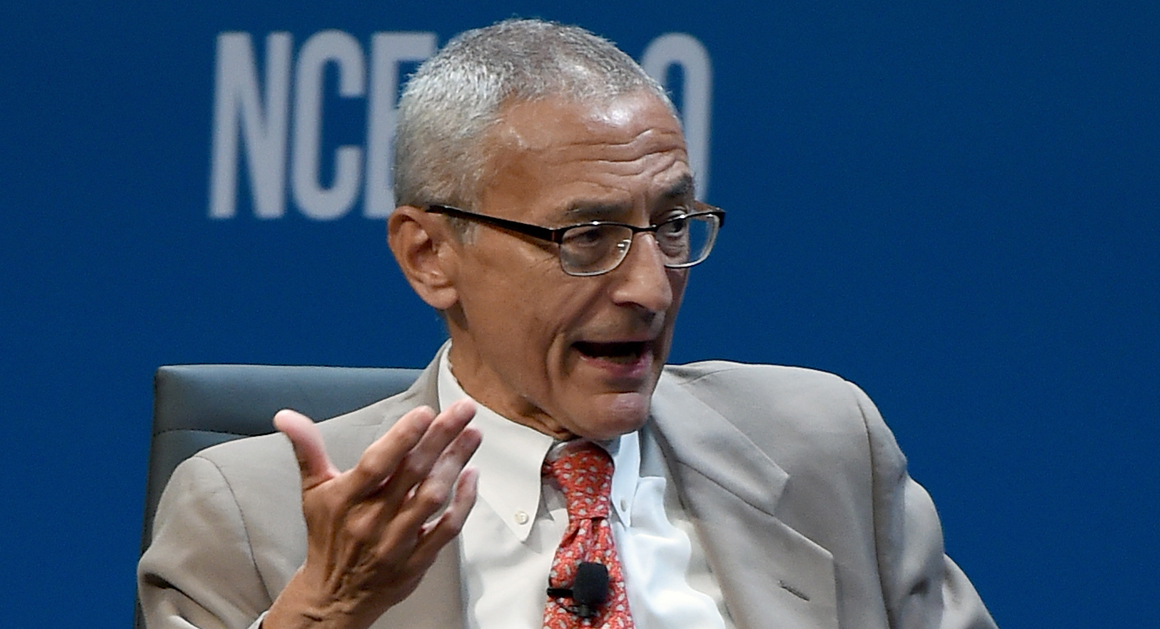 John Podesta, Hillary Clinton’s former campaign manager, complained that he was the “victim” of a smear campaign conducted by President Donald Trump.“

Podesta’s remarks came after Trump raised questions on Twitter about the lobbying firm that Podesta co-founded with brother Tony and its lobbying ties to Russia.

“The biggest story yesterday, the one that has the Dems in a dither, is Podesta running from his firm,” Trump tweeted. “What he know[s] about Crooked Dems is earth shattering.”

NBC News reported that Tony Podesta’s firm is the “Company B” mentioned in Special Counsel Robert Mueller’s investigation of Trump’s former campaign manager Paul Manafort. Tony Podesta stepped down from his firm after Mueller’s indictment was released, alleging that he had been targeted unfairly by conservative media.

“It is impossible to run a public affairs firm while you are under attack by Fox News and the right-wing media,” he reportedly told employees of his firm during his announcement.

“He and his brother could Drain The Swamp, which would be yet another campaign promise fulfilled,” he wrote. “Fake News weak!”