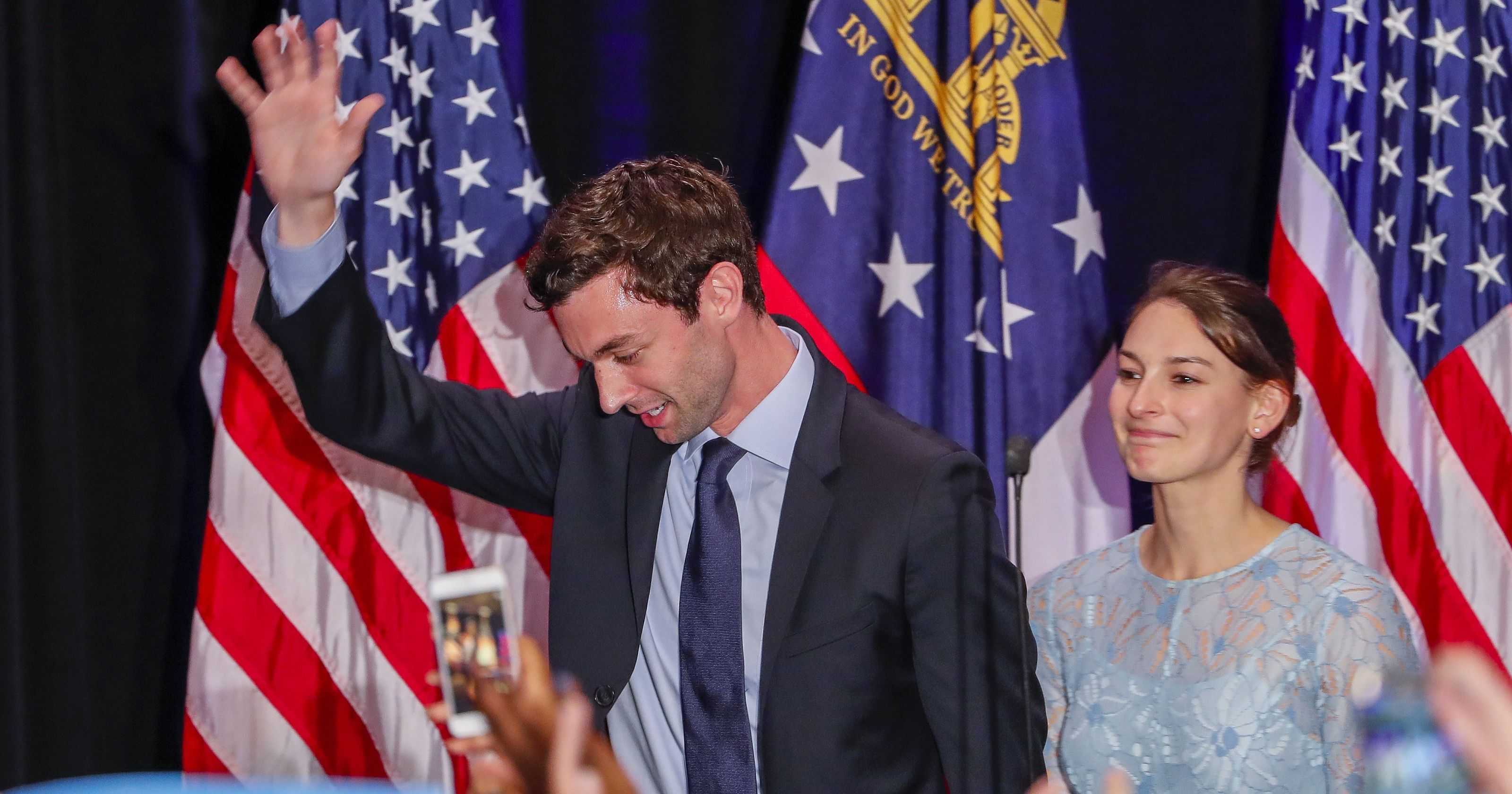 SANDY SPRINGS, Georgia—After $50 million and a congressional contest bigger than some presidential primaries, the special election in Georgia’s 6th District to replace Rep. Tom Price ended up where it began, with the House seat still in Republican hands and national Democrats still looking for a way to turn the resistance to Donald Trump into a victory at the polls.

From the moment Price announced he was leaving the seat to become President Donald Trump’s secretary of health and human services, the race to replace him was a highly nationalized, money-soaked brawl—a referendum, especially for Democrats, on the president in an affluent suburban Atlanta district he’d barely won in November.

After Rep. John Lewis (D-GA) endorsed Ossoff, then a 29-year-old unknown Democrat who lived just outside the district, liberal activists from across the country flooded Ossoff’s campaign war chest, blowing it up into a $23 million mega-campaign in five months. Within weeks, he rocketed to the front of the field in the Republican-packed 17-way jungle primary in April.

When Ossoff came up less than 2 points short of the 50 percent threshold to win the primary outright in April, he went on to face off against Handel, a longtime fixture in local Republican politics. While Handel stuck to closed-door fundraisers, avoided national reporters, and held invitation-only GOP events, Ossofff knocked on doors, did Republican neighborhood meetings, and went to every meet-and-greet he could. His goal was to ask for every vote. Hers was to stick with what had been working for the last 40 years in the district: turning out reliable Republicans.

The Washington big guns joined in on both sides, with Speaker Paul Ryan’s PAC sending millions of dollars to give Handel TV air cover as Trump mean-tweeted and Comey-fired his way to one bad headline after another.

On the Democratic side, the combined efforts of the Ossoff campaign, the Democratic National Committee, and the Democratic Congressional Campaign Committee help build a monster operation unprecedented in Georgia Democratic politics. By the end of the race, they had knocked on more than 500,000 doors, hired 100 staffers, recruited 12,000 active volunteers and spent more than $11 million on ads on everything from the Today show to Korean newspapers and gospel stations.

But, and this is the part that will sting Democrats for a long time: It still wasn’t enough.

In his concession speech, Ossoff told his supporters they had done much more than work on a campaign. “You have provided a beacon of hope, not just for people in Georgia, but for people around the world,” he said, finishing. “The fight goes on. Hope is still alive.”

When the full returns are counted, Republicans here will have to ask themselves why the race was so close in a community that Mitt Romney won by 23 percentage points in 2012, and also what Handel did right to keep her own fortunes separate and apart from Donald Trump’s tweetstorms.

But Democrats will have more soul searching to do. They are now zero-for-four in special elections since Trump became the president and need to understand why.

They’ll be quick to say the Ossoff race never should have been so close, which is true. And that Ossoff won in a sense just by being competitive in an R+10 district, which is sort of true.

But after $23 million, a candidate who genuinely ignited the grassroots, and a Republican president who may or may not be (but probably is) under FBI investigation and can’t stop talking about it, the real question Democrats need to answer is: What’s it going to take to win an election in the era of Trump?

As of Tuesday night, they still have no idea.