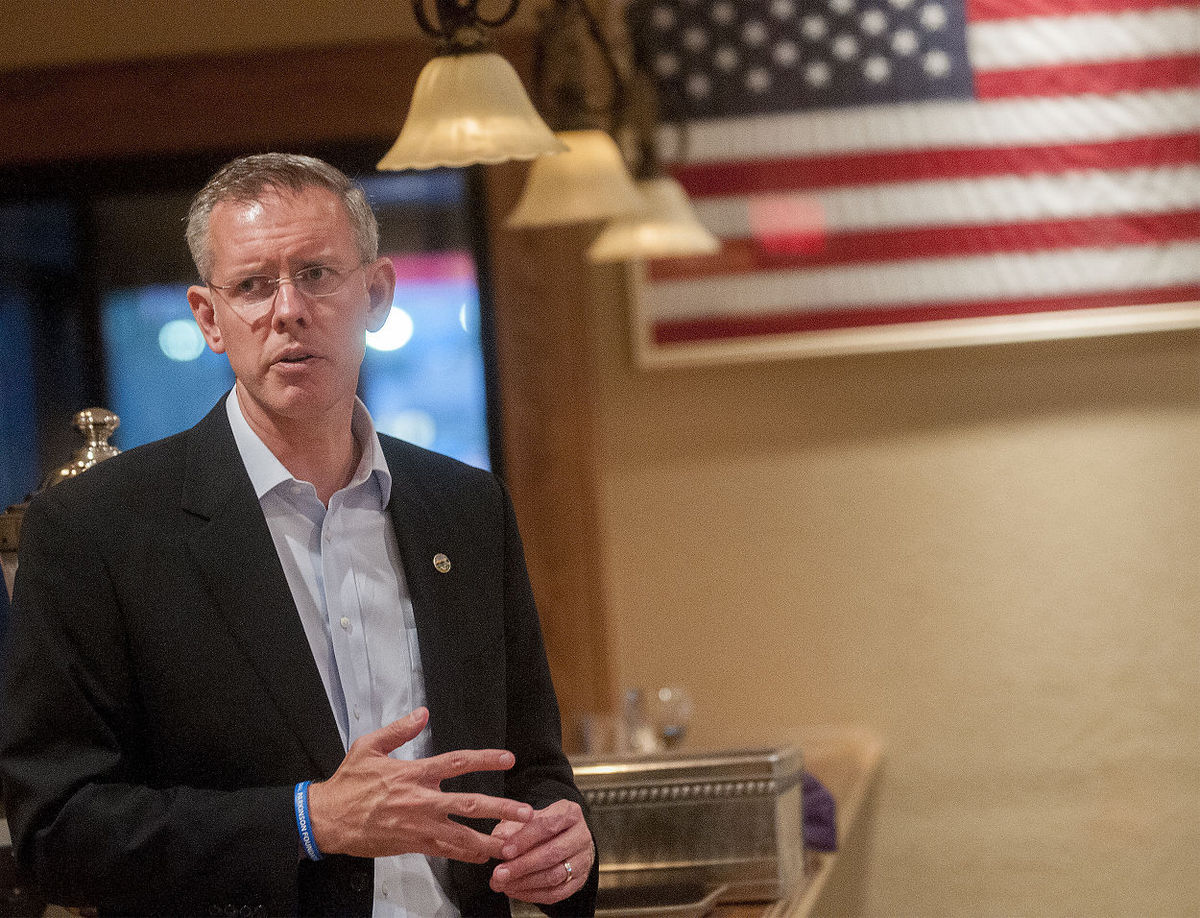 Democrat Paul Davis declared his candidacy for Kansas’ second congressional district on Tuesday, saying he would not vote for Rep. Nancy Pelosi (D., Calif.) as leader of the House Democratic Caucus if elected.

Many thought Davis would run to replace outgoing Gov. Sam Brownback (R.), the Kansas City Star reports. Instead, he will pursue the seat currently held by Rep. Lynn Jenkins (R.).

Davis previously served as minority leader in the Kansas House of Representatives, and was the Democratic nominee for governor in 2014, a race he lost to Brownback.

During his kickoff speech, Davis emphasized an economic message, and lamented the political gridlock in Congress. He criticized congressional Republicans’ efforts to repeal Obamacare and reform the tax code, and attacked “dark money” in politics.

“We can’t expect Kansas common sense to make its way to Washington through word of mouth,” Davis said. “We have to send it there.”

Jenkins announced earlier this year that she would not seek reelection. State Sen. Steve Fitzgerald and Basehor city councilman Vernon Fields have already declared their candidacies in the Republican primary.

Patrick Miller, a political scientist at the University of Kansas, ranked the race a “healthy Republican lean.”