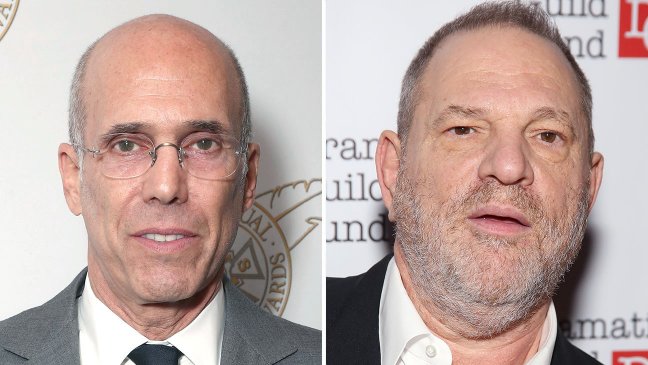 Dreamworks co-founder Jeffrey Katzenberg has released the email he sent to movie mogul Harvey Weinstein as Weinstein begged Katzenberg and other Hollywood moguls for help in the wake of sexual harassment and sexual assault allegations.

Speaking with The Hollywood Reporter, Katzenberg said he at first felt “paralyzed” reading Harvey’s desperate plea for survival, and begging Katzenberg to write a letter to his company’s board, asking that they not vote to fire him.

“I was paralyzed,” Katzenberg says. “I didn’t know whether I should not respond, or respond and express the way I truly felt.”

The issue was especially personal for Katzenberg, having known Weinstein for over 30 years, and having served as the chairman of Walt Disney Studios when they bought Weinstein’s Miramax production company in 1993.

In the email, Katzenberg tells Weinstein that he did “terrible things” and that he is “sickened” by the allegations, declaring that he barely recognizes the man he thought he knew, as if there were two Harveys living two separate lives. His full email below:

Hey Harvey, Here is the bottom line. You stated in your email below that “A lot of the allegations are false as you know.” Well actually I don’t “know” and given the timing of the circumstances, I have no way of knowing.

However, you yourself, in your quotes, have acknowledged that you have behaved inappropriately…so it seems to me we are now down to degrees of horrible.

You have done terrible things to a number of women over a period of years.

I cannot in any way say this is OK with me…It’s not at all, and I am sickened by it, angry with you and incredibly disappointed in you.

There appear to be two Harvey Weinsteins…one that I have known well, appreciated and admired and another that I have not known at all.

As someone who has been a friend of yours for 30 years, I’m available to give you advice on how to at least try to make amends, if possible address those that you’ve wronged, and just possibly find a path to heal and redeem yourself. Having watched your reactions, seen the actions you have taken and read your statement, I will tell you, in my opinion, you have gone about this all wrong and you are continuing to make a horrible set of circumstances even worse.

I doubt this is what you want to hear from me and most likely you aren’t interested in my advice but this is the way I see it. I remain available. JK.