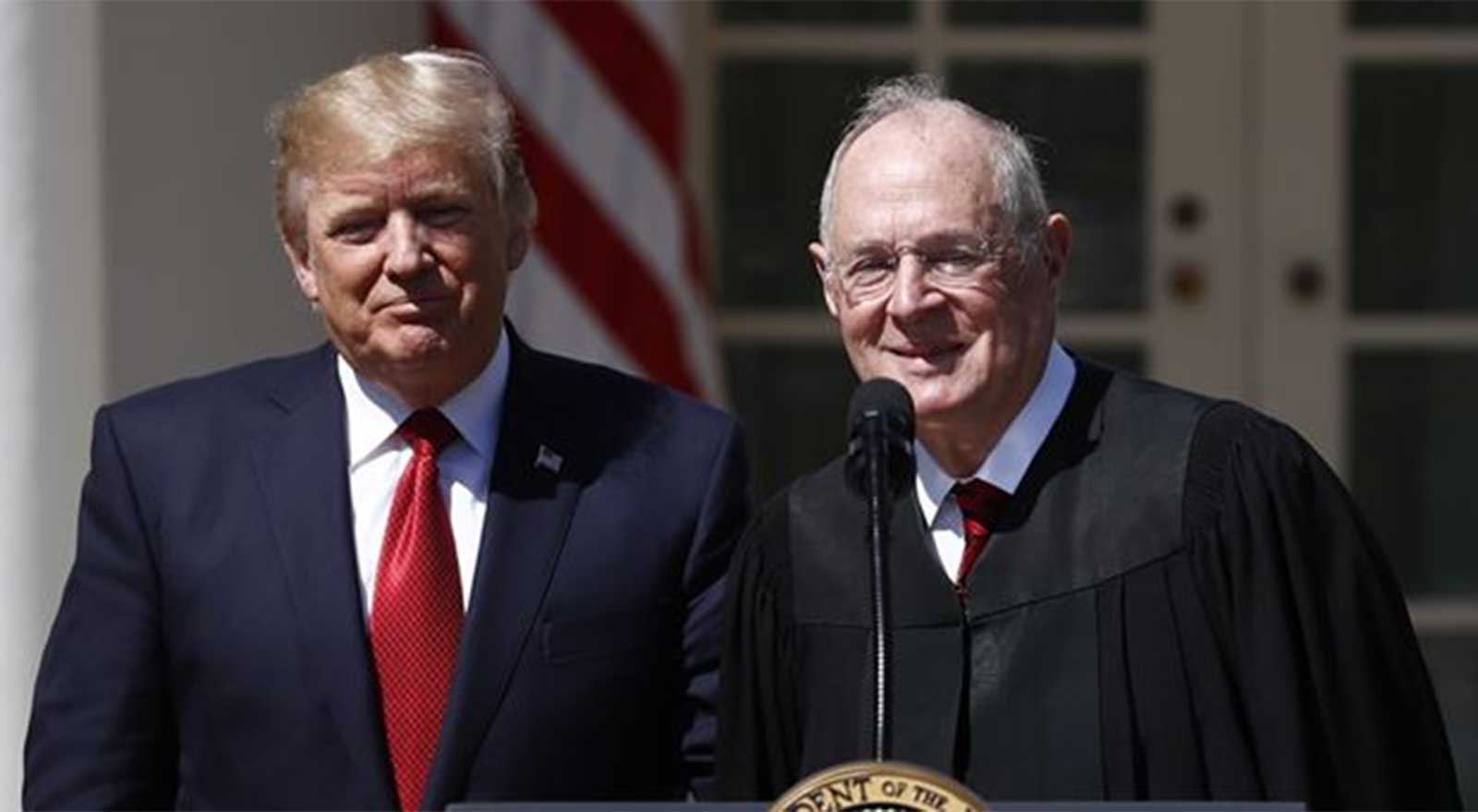 The U.S. Supreme Court is ready to get back to normal. And that means Justice Anthony Kennedy is still in charge.

The justices closed their nine-month term this week with a new list of major cases they will hear — and without a retirement announcement from the 80-year-old Kennedy.

It sets up a 2017-18 term that will have a full complement of nine justices and a group of ideologically charged cases in which Kennedy is a good bet to cast the pivotal vote. Highlights include a fight over partisan gerrymandering, a clash pitting gay rights against religious freedoms, and the scheduled showdown over President Donald Trump’s travel ban.

“The cases they have for next term are shaping up to be cases where the stakes are significant, where there are likely to be strong differences of opinion,” said Jonathan Adler, a constitutional law professor at Case Western Reserve School of Law.

Recent weeks have been filled with speculation that Kennedy might retire at term’s end. The justice hasn’t made a public announcement of his intentions, but the court on Tuesday implied he will be staying by issuing a new list of oversight assignments for the 13 federal judicial circuits. Kennedy will continue to handle emergency matters from the circuit based in San Francisco.

The court has been in transition mode since Justice Antonin Scalia’s February 2016 death led to a 14-month vacancy that Justice Neil Gorsuch eventually filled.

With only eight justices during most of the just-completed term, the court gravitated toward noncontroversial cases and often found paths toward consensus rulings. Fights over insider trading, disparaging trademarks, credit-card surcharge laws and class-action litigation all ended up being decided unanimously.

“Everybody acknowledges it was a sleepy term so far as big cases are concerned,” said Michael Dorf, a constitutional law professor at Cornell Law School.

The changeover to the Trump administration was one reason for the dearth of blockbusters, causing some cases to fizzle and keeping others from materializing. The court dropped a scheduled fight over transgender student access to bathrooms in public schools after the new administration changed a key Education Department policy.

Even Monday’s Supreme Court decision on Trump’s travel ban had unanimity of a sort. No justices publicly dissented from the portion of the decision that let part of the ban take effect for now. Three justices said they would have cleared the entire ban.

The next term looks to be anything but sleepy. The partisan-gerrymandering case could be a watershed for efforts to depoliticize the process of drawing voting districts — but only if Kennedy goes along.

The Supreme Court has never struck down a legislative map as being too partisan. In a 2004 case known as Vieth v. Jubelirer, Kennedy cast the pivotal vote to uphold a challenged map. But he left open the possibility he could eventually be on the other side of the issue if he saw a manageable way to decide whether a voting map is so partisan it violates the Constitution.

“He was on an island in Vieth,” said Dorf, a former law clerk to Kennedy. “And it’s an island on which the question is: Is there a standard that can recommend itself that’s administrable?”

Kennedy might also be the pivot point on a clash between religious and gay rights, though Dorf said that isn’t clear. The case concerns Masterpiece Cakeshop, a Colorado bakery that refuses to make cakes for same-sex weddings. Kennedy has written the court’s key gay-rights rulings but has sided with religious liberties in other contexts.

The travel ban case could be another divisive clash. In the Monday decision, three justices — Gorsuch, Clarence Thomas and Samuel Alito — suggested they were inclined to uphold the entire ban. That could leave Kennedy and Chief Justice John Roberts as the court’s swing votes.

The case, however, could dissipate by the time the court reconvenes in October. The policy is a 90-day ban that will expire by the end of September.

The court also will decide next term whether employers can require workers to press wage-and-hour claims through individual arbitration proceedings. In addition, the justices will have a chance to revisit an issue that left them deadlocked in 2016: whether states can require public-sector workers to help fund the unions that represent them.

And no matter how the court decides those cases, the biggest decision may come from Kennedy alone. This term’s retirement speculation may pale in comparison to next term’s.

“My prediction,” Adler said, “is he issues the Masterpiece Cakeshop decision June 26 and retires shortly thereafter.”