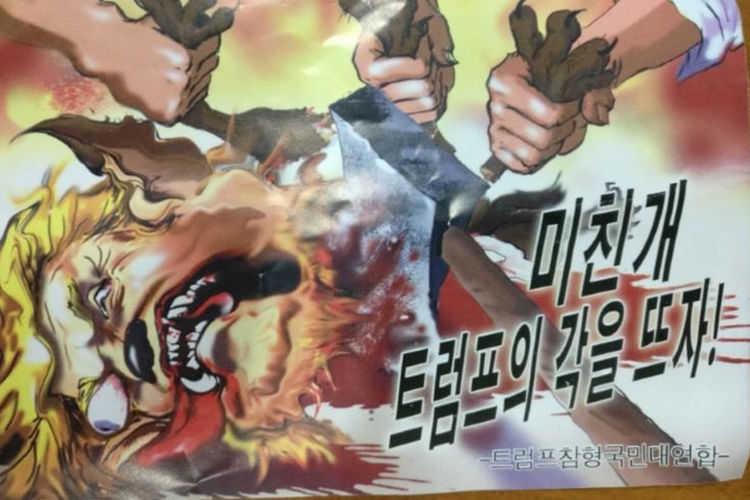 The disturbing images show a “mad dog’s” body with President Trump’s head; with one illustration going so far as to show the President being decapitated by a North Korean axe.

“Let’s behead mad dog Trump for the future of a peaceful and warless world and mankind!” said one poster. “Death to old lunatic Trump!” reads another.

“I am pretty sure it came from North Korea by balloon, since the prevailing winds during October have been from north to south and we’ve been getting reports of others finding them throughout Seoul,” said a director from one of Seoul’s leading news agencies.

The war of words between the United States and the communist nation reached new heights over the weekend, when Secretary of State Rex Tillerson said he hoped diplomacy would successfully force Kim to voluntarily abandon his nuclear arsenal “until the first bombs drop.”

President Trump has routinely warned the communist nation that any threat towards the US or its allies would result in the “total destruction” of North Korea.