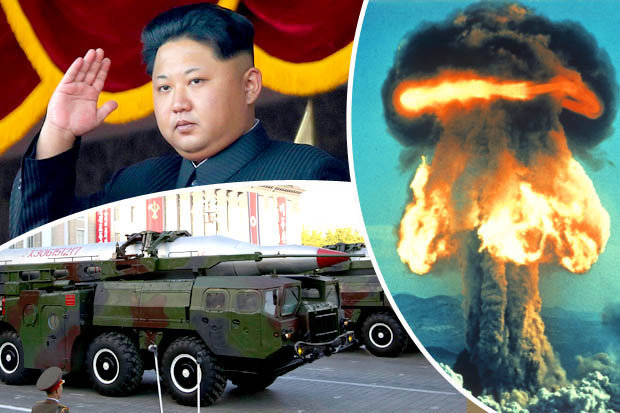 A Russian lawmaker fresh off his recent visit to North Korea told reporters that Kim Jong Un is poised to test another long-range, intercontinental ballistic missile within days; this one being the “first missile capable of hitting America,” reports Sky News.

Anton Morozov recently returned from a trip to the hermit kingdom, telling reporters he and his colleagues were shown official calculations and procedures for a missile test that would be capable of striking the west coast of the United States.

Speaking with Russia’s RIA Novost news agency, Morozov said he had personally seen the “mathematical calculations which they say prove that their missile is capable of reaching the US west coast.”

“As far as we understand, they intend to launch one more long-range missile in the near future. And in general, their mood is rather belligerent,” he added.

The impending North Korean missile test could be “the storm” President Trump cryptically referenced while speaking with reporters alongside his top military officials.

Speaking to journalists at the White House, the President was flanked by senior military brass and their spouses when he made the mysterious comments.

“You guys know what this represents?” asked the President. “Maybe it’s the calm before the storm.”