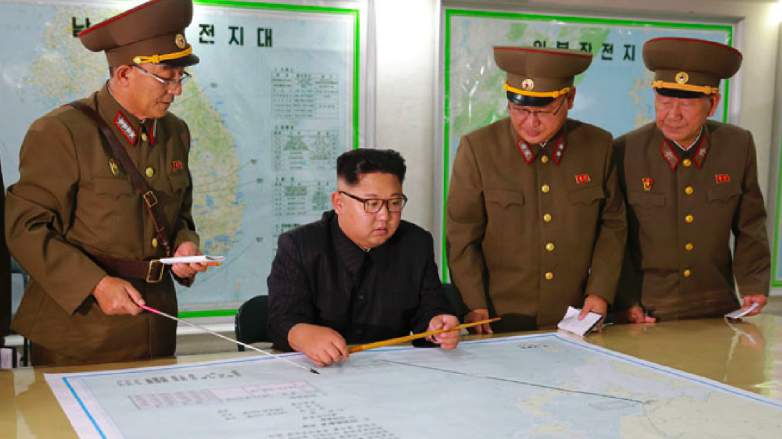 North Korean dictator Kim Jong Un is renewing his plan to launch a major attack against the US territory of Guam, saying his recent missile launch was the “first step” to all-out war with the United States, reports Fox News.

Kim made the dire threat through the North Korean state-run news agency, applauding the successful test of the “ultra-modern rocket system” and saying the launch was a “meaningful prelude to containing Guam.”

“The current ballistic rocket launching drill like a real war is the first step of the military operation of the KPA [Korean People’s Army] in the Pacific and a meaningful prelude to containing Guam,” said the official statement.

The missile caused panic throughout Japan and shocked world leaders. The rocket was the first to be flown directly over Japanese territory, and was meant to signal North Korea’s ability to strike the staunch American ally with a nuclear warhead should a conflict erupt on the Korean peninsula.

President Trump fired-back at Kim following the launch, saying “all options are on the table.”

“The world has received North Korea’s latest message loud and clear: this regime has signaled its contempt for its neighbors, for all members of the United Nations, and for minimum standards of acceptable international behavior,” said the President.

“Threatening and destabilizing actions only increase the North Korean regime’s isolation in the region and among all nations of the world. All options are on the table,” he added.