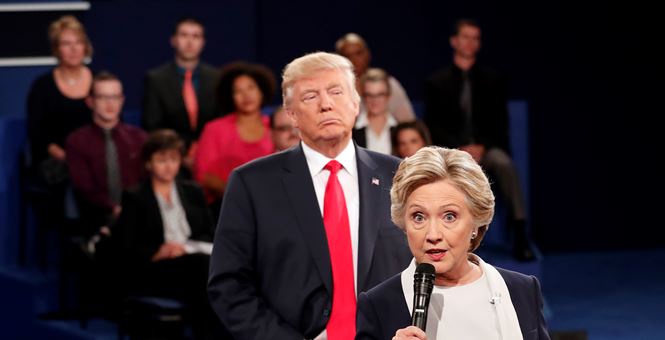 The Hillary Clinton campaign may find itself in hot water again for failing to disclose that they helped fund the operations of a former MI6 operative. The former agent, Christopher, Steele, was gathering information on Donald Trump, his services being paid for by Fusion GPS who was hired by Clinton and Democratic National Committee attorney Marc Elias.  The unverified Trump dossier is part of the reason why we have a special counsel looking into whether the Trump campaign colluded with the Russians during the 2016 election. It seems the focus keeps gravitating towards the Clintons, but that’s a tale for another time. For over a year, the Clinton campaign was labeling the payments for this operation as “legal services,” which a legal organization, The Campaign Legal Center, has taken issue with in their complaint with the Federal Election Commission (via LawNewz):

According to a recent reports in the media, Marc Elias, who also served as the Clinton campaign lawyer, paid opposition research firm Fusion GPS to produce the dossier which exposed alleged connections between Donald Trump and Russia government. It also contained salacious allegations about Trump’s personal escapades. According to reports, the Hillary for America campaign paid for the research but routed the payments through Elias’ law firm Perkins Coie and described the purpose of the money as “legal services” on their FEC disclosures. The DNC and the Clinton campaign reported dozens of payments totaling more that $12 million dollars to Perkins Coie over the course of the campaign.

“By filing misleading reports, the DNC and Clinton campaign undermined the vital public information role of campaign disclosures,” said Adav Noti, with the Campaign Legal Center in a statement obtained by LawNewz. Noti previously served as the FEC’s Associate General Counsel for Policy. “Voters need campaign disclosure laws to be enforced so they can hold candidates accountable for how they raise and spend money. The FEC must investigate this apparent violation and take appropriate action.”

According to FEC reports, Clinton’s campaign reported 37 payments to the law firm and reported each disbursement as “Legal Services.” The DNC reported 345 payments to Perkins Coie during the election cycle and marked the payments as “legal and compliance consulting,” “administrative fees,” “data services subscription” and others.

It is legal under current campaign finance law for the Hillary Clinton campaign to commission an opposition research company to dig up dirt on Donald Trump. What is not legal, according to campaign legal experts, is for the campaign to pay a law firm who then hires other to perform campaign related activities without reporting the purpose of the expenditures.

The Washington Post reported earlier this week that the Trump dossier was funded by the DNC and the Hillary campaign. They also added that Democrats were the only ones who funded Steele and his efforts.