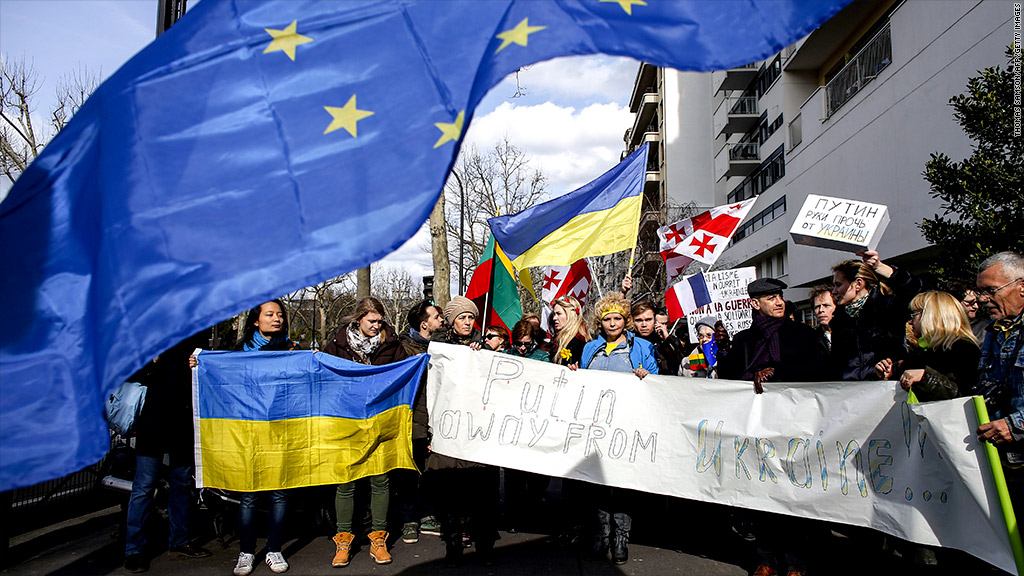 In a major break with Obama policy, the Trump administration will begin supplying the Ukraine with lethal weapons. Ukraine has been the victim of Russian aggression as President Valdimir Putin has sent tens of thousands of Russian soldiers and massive amounts of equipment to aid rebels in Eastern Ukraine looking to break away from the national government.

Putin has warned western countries numerous times not to supply the Ukrainian government with lethal aid. He has maintained the lie that Russian soldiers are not fighting in the Ukraine on the orders of Moscow, but are only “volunteers.” Try telling that to the families of Russian soldiers killed in the conflict, whose loved one’s funerals have been kept out of sight.

While there is currently a cease fire agreement between the Russians/rebels and the government of Ukraine, at any point that Putin sees and advantage, he is liable to break the deal. He has just recalled military officers serving on a joint cease fire commission, signaling another escalation of the fighting may be on the way.

The small arms being sold to Ukraine will not alter the battlefield situation for the government. But more orders may be in the pipeline, including anti-tank missiles that could make a decisive difference.

The Washington Post reported Wednesday that the administration approved the sale of Model M107A1 Sniper Systems and associated equipment to the country at a value of $41.5 million. The administration has not yet moved to approve heavier arms requested by Ukraine’s government, including Javelin anti-tank missiles.

The move from the White House is a departure from the Obama administration, which frequently condemned Russian aggression in the Ukraine but refused to approve the sale of arms to the country’s western-aligned government.

“I’m pleased the administration approved the sale of defensive lethal arms to Ukraine,” Corker said. “This decision was supported by Congress in legislation that became law three years ago and reflects our country’s longstanding commitment to Ukraine in the face of ongoing Russian aggression.”

“We have crossed the Rubicon, this is lethal weapons and I predict more will be coming,” another senior congressional official told The Post.

But…but…but…I thought Trump was supposed to be in Putin’s pocket? Isn’t he an intelligence asset for Russia?

SCIUTTO: You heard the president’s speech today. He calls out Russia and China, describes them as rival powers, rival powers to the U.S., but also says he wants to build a great partnership with them and had all of these friendly stuff to say about his phone calls with Vladimir Putin this week.

Is that a contradictory message?

CLAPPER: Well, it is to me. I think this past weekend is illustrative of what a great case officer Vladimir Putin is. He knows how to handle an asset, and that’s what he’s doing with the president.

SCIUTTO: You’re saying that Russia is handling President Trump as an asset?

CLAPPER: That seems to be — that’s the appearance to me. So, you know, we’ve shared intelligence with the Russians for a long time. We’ve always done that. Although in my experience with them has been pretty much of a one-way street, where we provide them intelligence and we don’t get much back.

This kind of hysteria about Trump’s relationship with Russia should make Clapper a laughingstock. Instead, he is seen as an expert.

Is the left serious about this idea that Trump is some kind of Russian Manchurian candidate? Every time Trump says something nice about Putin, the left erupts into spasms of lunacy, saying that it’s “proof” that Trump and Putin are in bed together. This move to sell lethal aid to Ukraine will be a blow to that narrative – not that the left will pay it any mind.