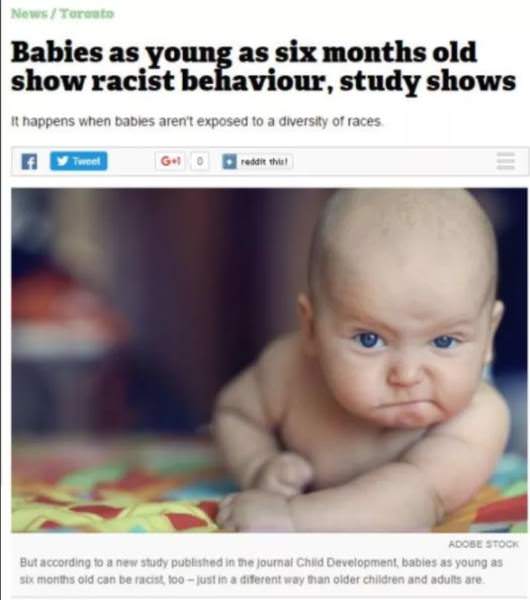 Now the left is attacking babies.

A new leftist study found babies as young as six-months-old are racist.

They can’t talk or crawl but they’re racist.
The Toronto Metr reported:

How embarrassing: You’re out in public with a preschooler who blurts out something racially insensitive they picked up from daycare or TV.

Most parents start being extra careful not to expose children to negative racial attitudes at the age when they begin to notice that kind of thing. Until recently, that was thought to be about three or four years old.

But according to a new study published in the journal Child Development, babies as young as six months old can be racist, too – just in a different way than older children and adults are.