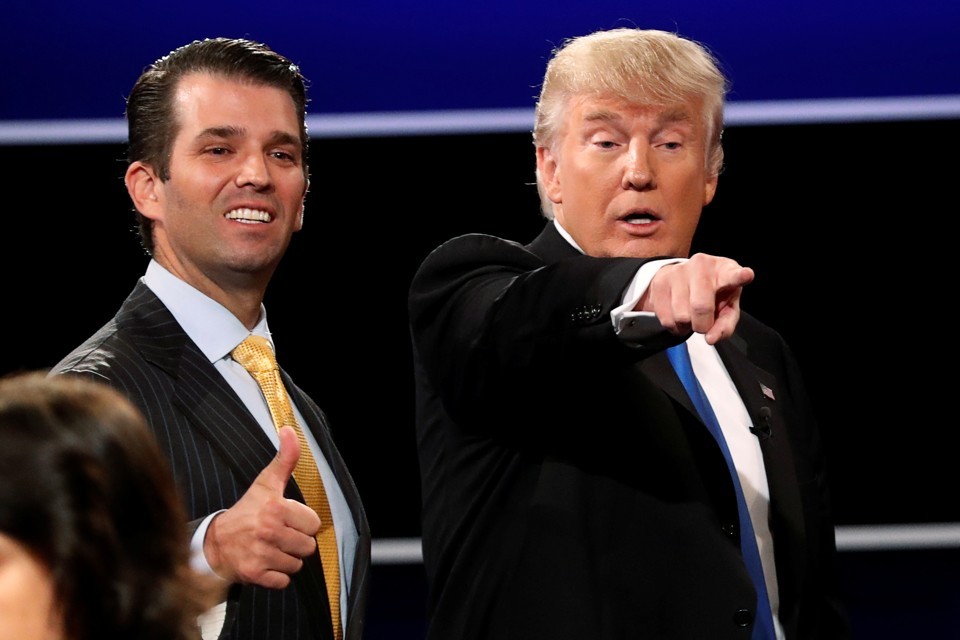 This is the accusation some liberals and even legislators are throwing around regarding Donald Trump, Jr.’s contact with a Russian lawyer who has a connection to the Kremlin.

When a reporter recently asked about whether Trump Jr.’s attempt to obtain compromising information about the Hillary Clinton campaign from the pro-Russian lawyer, Sen. Tim Kaine, D-Va., responded: “… we’re now beyond obstruction of justice in terms of what’s being investigated. This is moving into perjury, false statements, and even into potentially treason.”

Kaine wasn’t the only one raising this possibility.

The big question is whether Trump Jr. actually did anything illegal. Treason would, of course, be the most serious charge, but as a matter of law, it is extremely unlikely that anything he did would rise to the level of high treason against the United States.

Trump Jr.’s meeting was undoubtedly reckless, but wild accusations of treason are also reckless. The Founders were very careful to put specific parameters around prosecutions for treason, and for good reason.

The Founders Set a High Bar

The great legal theorist William Blackstone wrote of treason in 1769, “As this is the highest civil crime, which (considered as a member of the community) any man can possibly commit, it ought therefore to be the most precisely ascertained.”

The Founding Fathers knew something about charges of treason. These were men, after all, who waged war and rebellion against the crown.

Treason was an activity that any sovereign civilization must protect itself against, yet a land of liberty must be limited to maintain a free society.

The Framers of the Constitution sifted through British history for legal language that would aptly define what treason is, but were committed to changing the way it had been abused by sovereigns to punish dissent and political opponents.

In particular, they looked to the Treason Act of 1351 which had passed through Parliament under King Edward III. This became in part the framework for defining “high treason” in Article III, Section 3, Clause 1 of the Constitution, which reads:

Treason against the United States, shall consist only in levying war against them, or in adhering to their enemies, giving them aid and comfort. No person shall be convicted of treason unless on the testimony of two witnesses to the same overt act, or on confession in open Court.

It is important to note what the Framers left out of this clause.

While waging war and giving aid to enemies was defined as treason, they left out other language from British law which additionally included “compassing or imagining” the death of the sovereign as an act of high treason.

Under this definition, it was too easy to prosecute a citizen for thought crimes or disagreement with authorities. This is why the Constitution limited the crime to specifically participating in actions to aid enemies in war while constructing a very high barrier for conviction.

James Madison explained in Federalist 43 why specific and limited parameters for treason charges had to be put in the Constitution.

… as new tangled and artificial treasons have been the great engines by which violent factions, the natural offspring of free governments, have usually wreaked their alternate malignity on each other, the Convention has with great judgment opposed a barrier to this peculiar danger by inserting a constitutional definition of the crime.

The courts have been notoriously cautious about treason charges. The first famous case involved Aaron Burr, the famous fallen Founder who shot and killed Alexander Hamilton.

Burr was accused of engaging in a plot to separate the southern regions of the country to create some kind of independent empire.

Though his activities were certainly suspicious, a Virginia federal court allowed Burr to walk free because two witnesses couldn’t be procured to testify on the charges of specifically levying war against the United States.

It set off a political firestorm given how hated Burr had become, but the case also set a precedent that treason charges would only be carried out with an overwhelming amount of evidence.

Justice Robert Jackson wrote that while an American citizen may “favor the enemy” or be disloyal in sympathies to the United States, so long as he “commits no act of aid and comfort to the enemy,” there is no treason.

[A] citizen may take actions which do aid and comfort the enemy—making a speech critical of the government or opposing its measures, profiteering, striking in defense plants or essential work, and the hundred other things which impair our cohesion and diminish our strength—but if there is no adherence to the enemy in this, if there is no intent to betray, there is no treason.

The result of these stringent limitations has been that only a handful of Americans have been tried and convicted as traitors.

Even the infamous John Walker Lindh, the “American Taliban” fighter from California, wasn’t charged with treason in part because he didn’t specifically fight against U.S. forces in Afghanistan.

That’s how high this legal barrier is.

Unseemly, but Not Treason

As seedy as Trump Jr.’s meeting with Russians seems to be, it would certainly not be the first time an American has worked with foreign authorities to affect a presidential election.

But it is a good reminder of why it is dangerous and fruitless to appeal to foreign powers, especially Russia, to defeat domestic political opponents.

During the Cold War, Massachusetts Sen. Ted Kennedy—through contacts in the KGB—appealed to Russian leader Yuri Andropov to coordinate and defeat President Ronald Reagan in the 1984 election.

It was a lesson in how the Russians have often tried to dupe American leaders into thinking they mean well.

Nevertheless, these examples don’t rise to the legal level of treason, nor should they.

Allegations of treason against Trump Jr. have followed the pattern of impeachment campaigns against his father. They come off as an attempt to get something, anything to bring down the administration—even if in this case it isn’t the president himself.

The problem is people are now looking through this glass darkly. Whenever they see any new meeting, they see evidence of collusion. They see what they want to see. Prosecution requires something more. First of all, define a crime. Collusion is not a crime … People are so eager to find a crime they fail to actually define it. People don’t want to be in a world where a meeting like that could be treason.

Hyperbole and exaggeration are common in politics. It is certainly not the first time partisans have wildly thrown around accusations of the most serious crimes.

This is the very reason why the Founders carefully placed a high bar on the treason charge, and ensured that only the most cut and dried cases would ever be prosecuted.