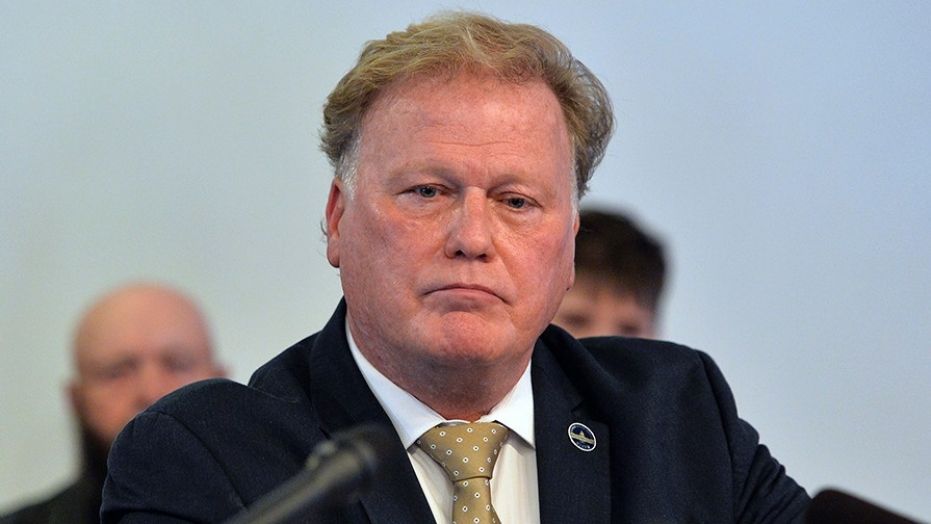 Johnson vehemently denied the charges and was never charged criminally.

Evil liberals cheered Johnson’s suicide. He was a father and grandfather.

On Tuesday, Johnson had stated that he had no intention of resigning and giving up his seat.

Johnson was accused of molesting a 17-year-old girl at Heart of Fire Church in 2013, where he was the pastor. He was never charged over the accusations, but was under investigation.

.Around 5 p.m. on Wednesday, Johnson posted what appears to be his suicide note on Facebook, in which he maintained his innocence. He had previously called the allegations “part of a smear campaign against Republicans.” (screenshot below). Full text was reported by WDRB: 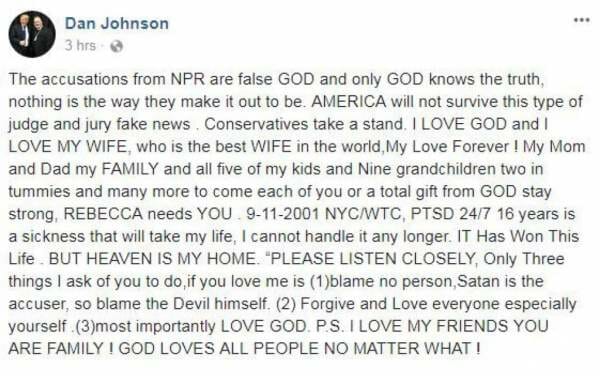 (First reported by Christine Laila and published by the Gateway Pundit)  http://www.thegatewaypundit.com/2017/12/sick-liberals-cheer-suicide-rep-dan-johnson-roy-moore-follow-example/  (December 13, 2017)