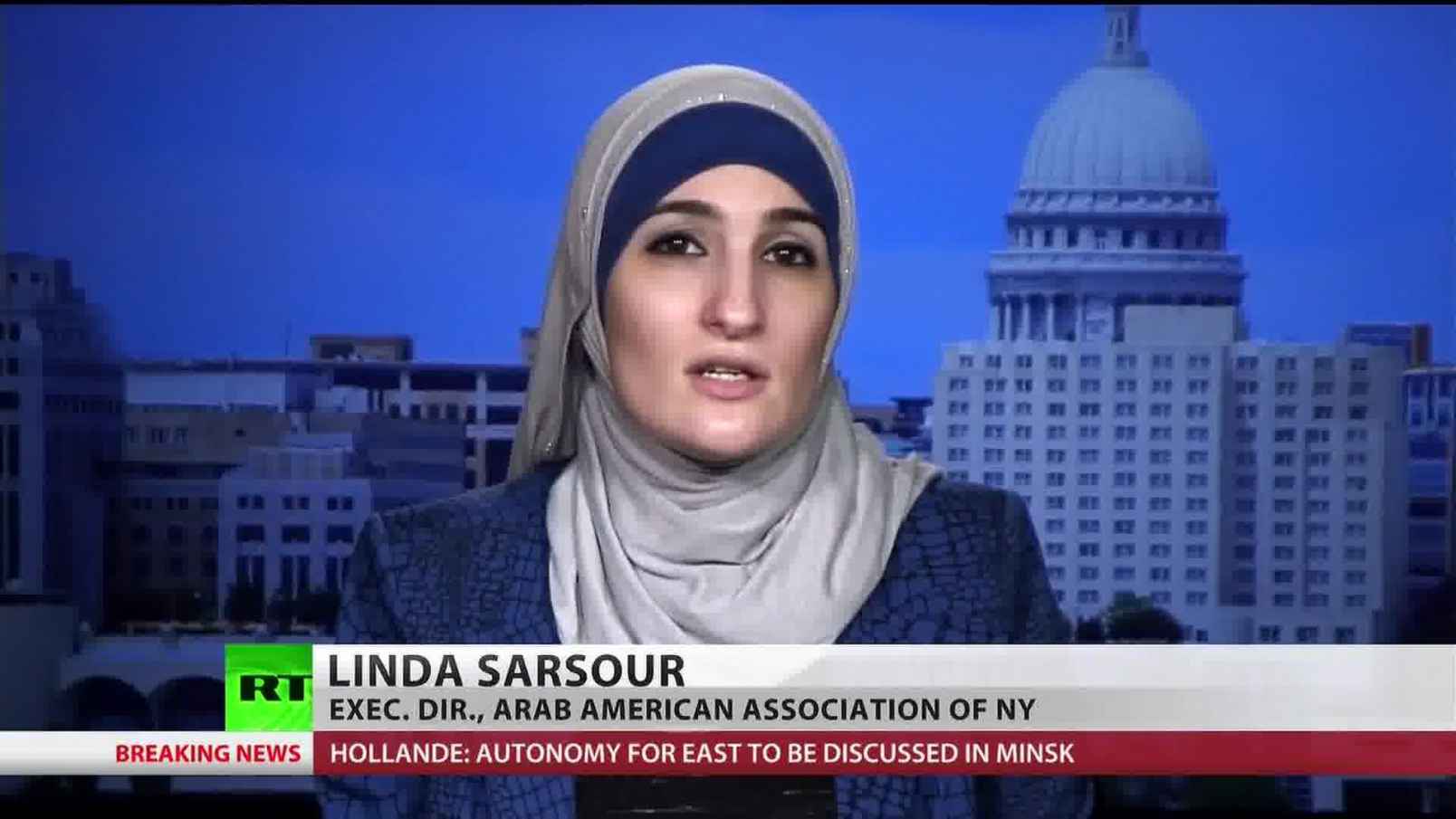 Linda Sarsour had a simple job to do at the Anti-Semitism Denial Panel. Talk a lot about Trump, deny that anti-Semitism exists on the left and in Islam, and urge everyone to unite against Trump.

But, as usual, the Islamist anti-Semite just couldn’t help herself. She really couldn’t.

Clip sent to me from last night's so-called anti-Semitism panel at the New School, featuring Linda Sarsour. She says that the "existential threat resides in the White House." Blames "Jewish media" for unfair coverage. pic.twitter.com/C6UpOeo8oN

“All day morning and night in the Jewish media, is that Linda Sarsour and Minister Farrakhan are the existential threat to the Jewish community.”

1. Anyone calling Farrakhan, Minister Farrakhan, is obviously a fan. And Sarsour isn’t backing away from the Hitler admirer who called Judaism, a “gutter religion”.

The sensible thing for Sarsour to do would have been not to mention Farrakhan. Keith Ellison, a long time Farrakhanite, made sure to keep his distance. Obama worked even harder to maintain that distance. Sarsour is betting that her lefty human shields will be okay with it. Or at least ignore it. And they’re no doubt right.

2. The reference to the Jewish media is an obvious dog whistle. But when Sarsour talks about the “Jewish media”, does she mean Jewish papers like the Jewish Press and the Jerusalem Post. Or does she mean the media. In the Muslim world, it would often be the latter.

Clips like this are why the usual If Not Now, T’ruah crowd aren’t turning cartwheels over the panel. Linda Sarsour had an easy job. And she blew it. But bigots like her just can’t help it.