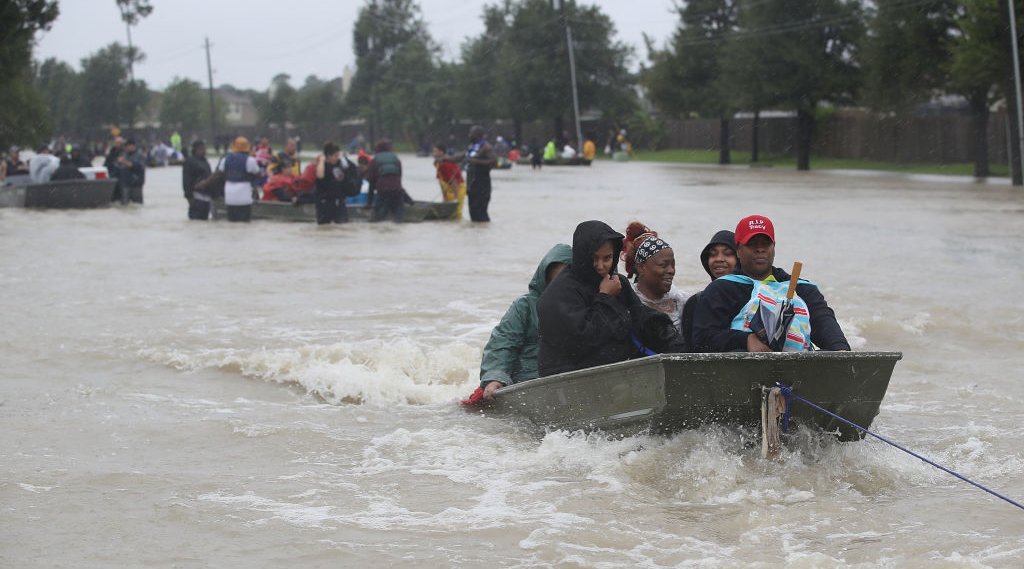 According to a Louisiana-based rescue group apparent “looters” fired shots at their members during a rescue effort in the Hurricane Harvey disaster area on Monday. While thankfully no one was hurt, the group posted warnings on Facebook about the possible threat posed by those taking advantage of the crisis and said they had to temporarily “stand down” their rescue efforts after the attack.

Teams of first responders from Louisiana’s Cajun Navy, which NBC News-affiliate WDSU notes “become widely known across the state for its response efforts during natural disasters,” have begun to arrive on the catastrophic scene in Texas with boats and rescue equipment. But on Monday, the group posted a message warning that they had encountered suspected looters who initially acted as if they needed to be rescued but then attempted to overtake their boat, firing shots at them in the process.

“Clyde and the other team members are safe,” the post read. “Looters decided to pose as people needing rescue and they attempted to overtake the boats and there were shots fired at the boats. I repeat they are all safe. Looters must have not wanted our boats in the water for rescues. Please feel free to share this post. We are currently on stand down pending a new strategic plan.”

WDSU provided a screenshot of the initial post (which was deleted and replaced by a video providing more information): 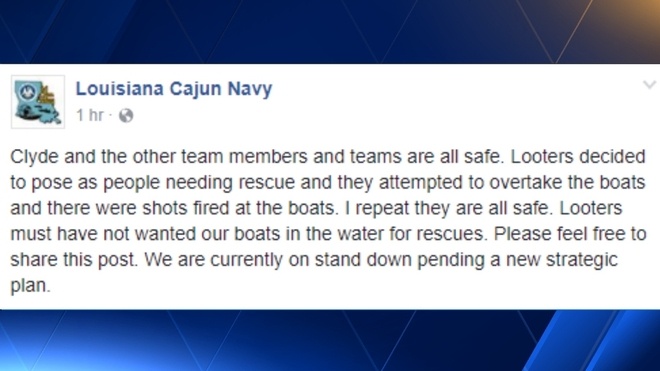 A member of the group later posted the following video emphasizing again that no one was hurt and providing more details about the encounter with suspected looters:

The Cajun Navy’s posts are certainly not the only reports of violence from looters. Houston authorities say they’ve had to direct some of their resources to rounding up criminals.

“We’ve already arrested a handful of looters. We’ve made it real clear to our community we’re going to do whatever it takes to protect their homes and their businesses,” said Houston Police Chief Art Acevedo Monday. “And when people come from the outside to Houston, Texas, know we’re going to be out in the city, we’re not going to rest as a police department or law enforcement community until people restore their lives.”